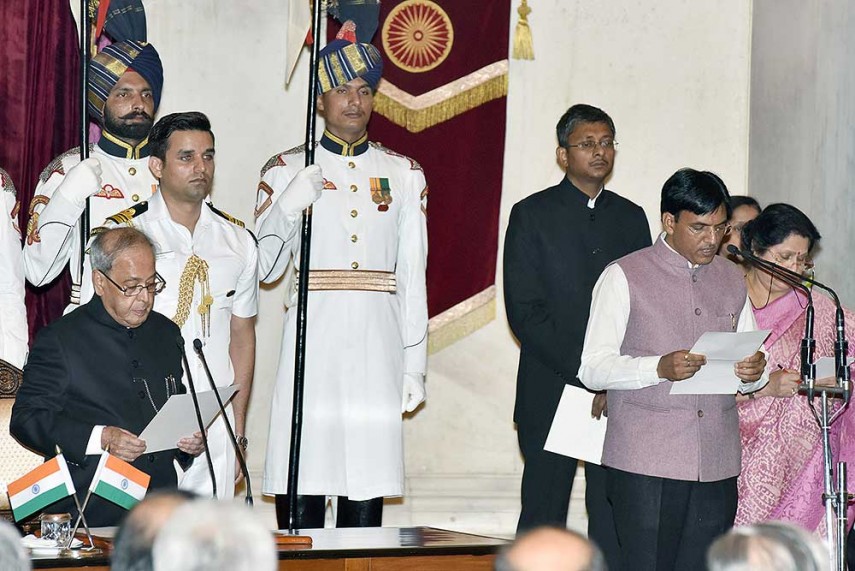 Mansukh Mandaviya: The 44-year-old is apparently being groomed by the BJP as the "next generation leader" from the Patel community in Gujarat.

He was a student leader of ABVP and was elected as an MLA in the Gujarat Assembly in 2002.

In 2012, he was elected to the Rajya Sabha from Gujarat, where he had been member of Committee on Petroleum and Natural Gas, National Welfare Board for Seafarers and also Member of a Committee on Chemicals and Fertilizers.

From May 2015 onwards, he was Member, Select Committee of Rajya Sabha on the Real Estate (Regulation and Development) Bill, 2013.

He has also served as a spokesperson of Gujarat BJP and is a party state executive member.

His induction comes at a time when BJP is facing Patel quota stir in Gujarat.

C R Chaudhary: The 68-year-old Nagaur MP is a Jat leader from Rajasthan.

Born in Dhandhlas village in Nagaur, he was an officer of Rajasthan Administrative Service before joining politics.

He is also an honrary Chairman of Veer Teja Mahila Shiksahn and Shodh Sansthan Marwar-Mundwa in Nagaur.