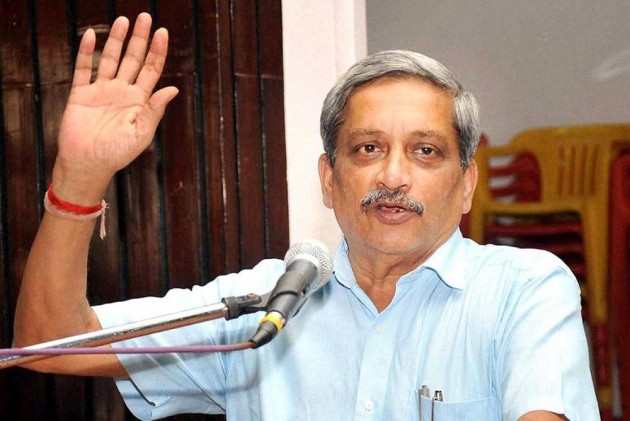 Defence Minister Manohar Parrikar is likely to become the new chief minister of Goa for the second time amidst speculation of his resignation.

The newly elected BJP MLAs, who met today to explore the possibility of forming government in the state, passed a resolution urging party chief Amit Shah to nominate Parrikar as leader of the legislature party.

"All the BJP legislators, except Milind Naik, whose brother expired yesterday, were present in the meeting held today," BJP MLA Michael Lobo told reporters outside the party headquarters here.

"It was unanimously resolved to request party president Amit Shah to allow Manohar Parrikar to be elected as the legislature party leader in Goa," Lobo said.

"We have already decided to forward a copy of the resolution to the party president. A letter would be written asking him to permit Parrikar to head our legislature wing," he said.

Lobo was flanked by other BJP MLAs like Pramod Sawant, Glenn Ticlo and Nilesh Cabral.

The BJP's efforts to cobble up a majority to form government in Goa received a boost as the MGP said it would extend support to the saffron party, if Parrikar is appointed as the Chief Minister.

"MGP has already extended its support while we are in discussions with Goa Forward Party and independents," Lobo said.

The MGP today passed a resolution extending support to the BJP, if it forms government under the leadership of Parrikar

BJP won 13 seats in the state polls. Besides, it has the support of a party-backed independent MLA. The Congress, which won 17 seats, and the BJP are wooing the smaller parties to form government in the 40-member House, where the majority mark is 21. The MGP, Goa Forward and independents won three seats each while the NCP bagged one seat in the state.