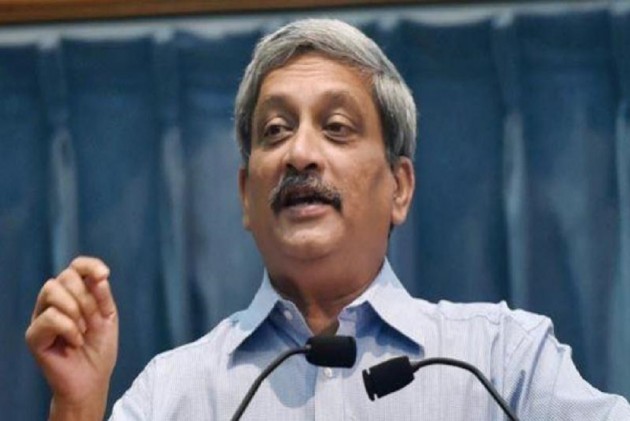 Print
A
A
A
increase text size
Outlook March 13, 2017 09:16 IST Manohar Parrikar To Be Sworn In As Chief Minister Of Goa Tomorrow

BJP leader and former Defencce Minister Manohar Parrikar will be sworn in as chief minister of Goa tomorrow.

"I have tendered my resignation as Defence Minister and have sent it to the PMO. I will be taking the oath (as Goa chief minister) tomorrow evening, along with the cabinet ministers," Parrikar told PTI today.

Asked how many ministers would be sworn in, Parrikar said, "The decision on the number of ministers and other issues are being currently worked out. Once the cabinet is finalised, we will inform the media."

Goa Governor Mridula Sinha has invited Parrikar to form the next government in the coastal state after he submitted a letter of support from 21 legislators yesterday.

Three MLAs from the Goa Forward Party, three from the MGP and two Independents have pledged their support to Parrikar.

The BJP, which came second by winning 13 seats in the 40-member assembly after the Congress (17 seats), managed to garner support from other parties and Independents to attain majority under Parrikar.