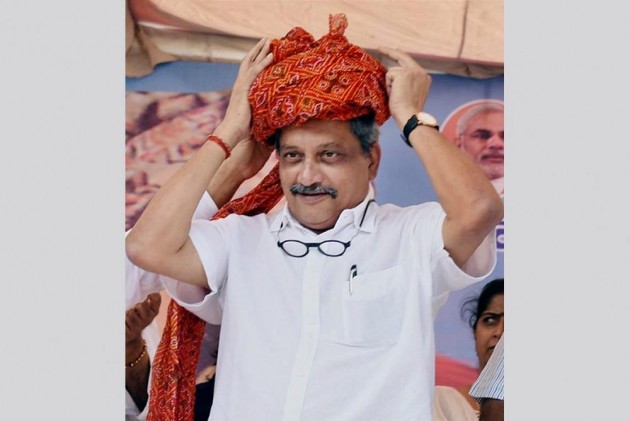 The Supreme Court today rejected the Congress's plea to stay the oath taking of Manohar Parrikar as Goa Chief Minister, holding all contentious issues raised by the party can be resolved by a "simple direction" of holding a floor test that has been ordered for Thursday.

The court gave its order while paving the way for Parrikar to take the oath shortly after which the former defence minister was sworn in by Governor Mridular Sinha in Panaji.

During the hearing, the bench found fault with Congress for not raising the issue of number of MLAs supporting it before the Governor and also rushing to the apex court without the affidavits of the elected members of the regional parties and independents that they are supporting the Congress which emerged as the single largest party in the 40-member House.

"You could have demonstrated this and it would not have taken more than 30 seconds."

A bench headed by Chief Justice J S Khehar, which held a special sitting as the apex court was on a Holi vacation, requested Goa Governor Mridula Sinha to summon the House for the floor test for which the session will commence at 11 AM on March 16 and no other business other than holding the floor test will be conducted after the swearing-in of the members which will be completed as soon as possible.

The top court said it was "satisfied" that all the sensitive and contentious issues raised in the petition by Goa Congress Legislative Party (CLP) leader Chandrakant Kavlekar "can be resolved by a simple direction of holding a floor test".

It also directed going ahead with all "pre-requisites of holding the floor test by tomorrow, including the formalities required by the Election Commission" and putting in place the senior most member in the Assembly as the protem speaker.

The bench, also comprising Justices Ranjan Gogoi and R K Agrawal, refused to interfere with the decision of the Governor and took on record her letter to Parrikar which took into account that the BJP along with its 13 elected members have the support of members of the regional parties-- Maharashtrawadi Gomantak Party (MGP) and Goa Forward Party (GFP)-- and the independents taking the tally to 21 to attain the magic figure in the 40-member House.

Besides BJP's 13 MLAs, three each from MGP and GFP and two independent members have pledged support for government formation under Parrikar.

While ordering floor test, the bench noted the submissions of Goa CLP leader's counsel and senior advocate Abhishek Mani Singhvi who assailed the Governor's determination to invite Parrikar to form the government by "seriously disputing" the factual position and terming it as a "misrepresentation of fact".

The apex court was also furious that the Congress has not impleaded Parrikar as a party in the petition despite knowing what was happening for the last two days.

At the outset, Singhvi submitted that the governor did not have the courtesy of asking the single largest party to form the government and despite a letter was written by the party, contrary to the press reports, about the numbers with the BJP.

He submitted that the governor by not inviting or giving a telephonic call to the single largest party, has subverted the constitutional convention and democracy.