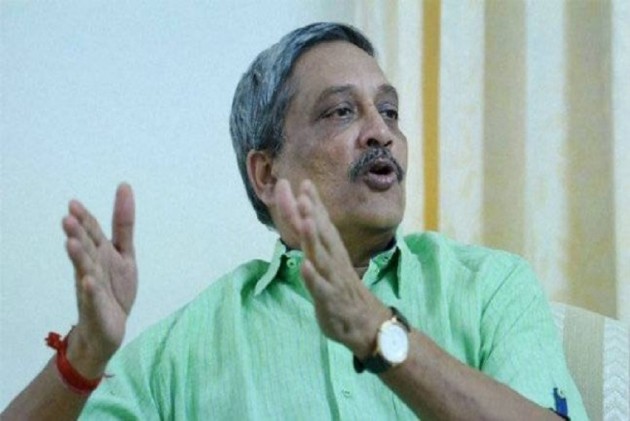 The new BJP-led government in Goa on Friday presented its first budget that targeted an economic growth of 11 per cent in 2017-18 and laid special focus on agriculture, social security and education.

Chief Minister Manohar Parrikar, who also holds the finance portfolio, presented the budget for 2017-18 and proposed additional grant for schools imparting education in Konkani and Marathi.

"I am presenting a revenue surplus budget of Rs 202 crore with an estimated revenue of Rs 10,872 crore and expenditure of Rs 10,670 crore," Parrikar said.

During the last fiscal, there was a three-fold rise in central funding to Rs 3224.61 crore, which is 22.4 per cent of the net state budget.

He projected an 11 per cent growth in the gross state domestic product (GSDP) during the next fiscal.

The budget assured implementation of the Public Services Act to streamline administration and introduced a voluntary retirement scheme (VRS) for the government servants.

To curb corruption, Parrikar proposed constituting a special squad in vigilance department to probe graft cases, including those related to disproportionate assets.

Parrikar targeted 6 per cent growth in agriculture and earmarked Rs 172 crore for the sector. He proposed a scheme to promote commercial cultivation of mangoes and said emphasis would be given to horticulture and floriculture.

To boost sugarcane cultivation, the budget proposed Rs 10,000 per hectare subsidy to farmers.

A sum of Rs 50 crore was earmarked to clear backlog of students who did not get laptops under the Cyber Age project, he said, adding 3.6 per cent of the GSDP would be spent on education.

Parrikar announced that financial benefits under flagship programmes like Dayanand Social Security Scheme, Grih Aadhar and Ladli Lakshmi would be linked to inflation. The government would study the impact of these schemes.

The CM proposed Rs 900 crore for social sector, Rs 475 for women and children and Rs 190 crore for tribal welfare.

Allocation for public works department was raised by 40 per cent to Rs 1,900 crore. The government allotted Rs 105 crore for hosting upcoming matches of U-17 FIFA World Cup and 2018 National Games 2018.

Parrikar proposed a ban on sale of plastic bags with thickness of below 40 microns and to provide LPG connection to all families to make Goa kerosene-free.