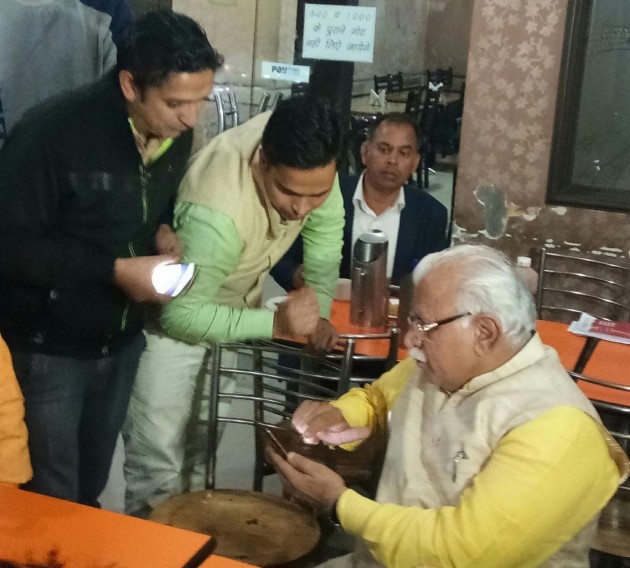 The Chief Minister was in his constituency to attended various programmes and later went to a shop near the Karnal bus stand to order for tea.

After taking the tea, he took out his mobile phone and transferred money to the shopkeeper's account using an e-wallet, an official spokesman said.

Khattar also asked the shopkeeper to educate others about online transaction as he advocated the benefits of cashless transactions by using debit card, e-wallet and other modes of e-payment.

The Chief Minister also interacted with other customers present at the shop and asked them to switch to digital mode of payment and take benefit of cashless transactions.

After the Centre's November 8 demonetisation move, the BJP government has been running an awareness campaign to promote digital mode of payment or cashless transaction.