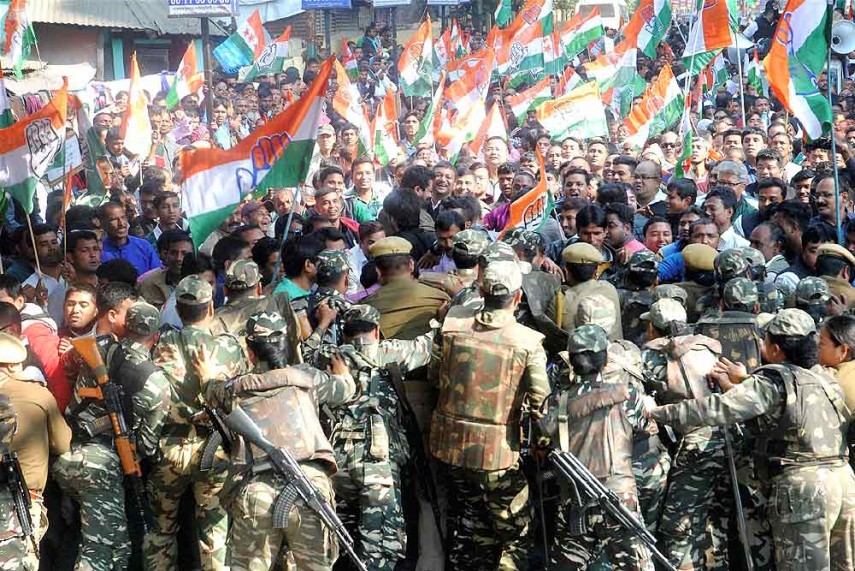 Another Congress leader Digvijaya Singh, who is also member of the Standing Committee on Finance, hit out at Patel, a day after the central bank's governor escaped possible grilling by the parliamentary committee over the notes ban issue following the intervention of Singh.

"I had the privilege to hear the earlier Governor RBI and the present one also. What a contrast!," Digvijaya tweeted.

Digvijaya's apparent reference was to Raghuram Rajan, the predecessor of Patel, who was not given a second term by the Modi dispensation.

Yesterday, Patel, who along with other RBI and Finance Ministry officials appeared before the Parliamentary Standing Committee on Finance, was put to some tough questions by members.

Singh, who had made a forceful speech against notes ban in Rajya Sabha calling it a "monumental failure and organised loot", intervened to say that the central bank and the Governor's position as an institution should be respected.

In a memorandum submitted to RBI offices, which were gheraoed by its workers yesterday, Congress has demanded that the governor must resign taking responsibility for the 'notes ban mess' and for permitting the Modi government to encroach upon the bank's jurisdiction and rendering it as "a mouthpiece" of the government.

"RBI's autonomy and statutory powers have been subjugated and compromised. Responsibility lies at the doorstep of RBI Governor for this erosion of credibility," the party said in a memorandum .

"An autocratic Prime Minister Narendra Modi, bloating over the arrogance of numbers and a captive RBI, has plunged the country into a state of 'economic anarchy', wiping out people's earnings and creating a colossal sense of fear and insecurity", it said.