The Supreme Court today upheld the life imprisonment awarded to six men including the owner of a petrol pump for the murder of Indian Oil Corporation executive S Manjunath in Lakhimpur Kheri district in Uttar Pradesh as they bore "grudge" against the victim, who had reported irregularities and adulteration at the outlet.

Manjunath, an IIM-Lucknow alumunus and resident of Karnataka, was gunned down at Gola area of the district on November 19, 2005, after he threatened to cancel the petrol pump's license for selling spurious fuel.

A bench of Justices S J Mukhopadhaya and N V Ramana dismissed the appeals filed by the convicts against the Allahabad High Court, which had awarded life term to them.

Mittal's death sentence was commuted to life imprisonment by the High Court.

"We feel that the motive behind the brutal murder of the deceased as brought forward by the prosecution is trustworthy in the light of material available on record. Considering the evidence on record, there is no doubt in our mind that Manjunath had inspected M/s Mittal Automobiles on September 13, 2005 and on finding irregularities, he had reported the same to the IOC and at his instance, the sales and supplies to the Pump of Mittal were suspended.

"...Though, the sales and supplies were resumed on Oct 19, 2005, the deceased had again inspected the pump on November 19, 2005, a day before he was found dead. Suspecting that the deceased would again give report to IOC alleging irregularities in the supplies, in which event, he would either be called upon to pay fine or may render his licence suspended, Mittal bore grudge and with the assistance of other accused, murdered the deceased," the bench said.

The apex court said, "We are in full agreement with the Courts below that the accused conspired to commit the offence of murder of the deceased. The nexus between the accused to do away with the deceased, has been established by the prosecution beyond all reasonable doubt.

"As regards the allegation of contradictions in the statements of prosecution witnesses, we do not find any major contradictions which require our attention and consideration. When a witness is examined at length it is quite possible for him to make some discrepancies.

"No true witness can possibly escape from making some discrepant details. But courts should bear in mind that it is only when discrepancies in the evidence of a witness are so incompatible with the credibility of his version that the Court is justified in jettisoning his evidence, the bench said.

It further said,"There is no doubt that when two views are possible, the one which favours the accused should be taken and the accused should be acquitted by giving the benefit of doubt. But in the instant case, the evidence on record is trustworthy and consistent, and there is only one view, which points to the guilt of the accused".

The court said that it has been consistently taking the view that where a case rests squarely on circumstantial evidence, the inference of guilt can be justified only when all the incriminating facts and circumstances are found to be incompatible with the innocence of the accused or the guilt of any other person.

"In the present case, on scrutiny of evidence on record, we are convinced that the prosecution had established beyond reasonable doubt the complete chain of events which points at the guilt of the accused.

"Thus, in the light of circumstances coupled with the complete chain of events, this Court has no manner of doubt to hold that the prosecution has succeeded in proving its case against the accused beyond all reasonable doubt.

"Taking the entire case in its totality, we do not find any merit in these appeals requiring our interference. Resultantly, the appeals fail and are dismissed," the bench said. 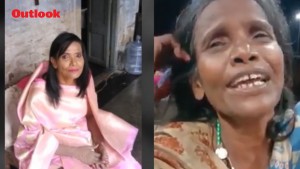