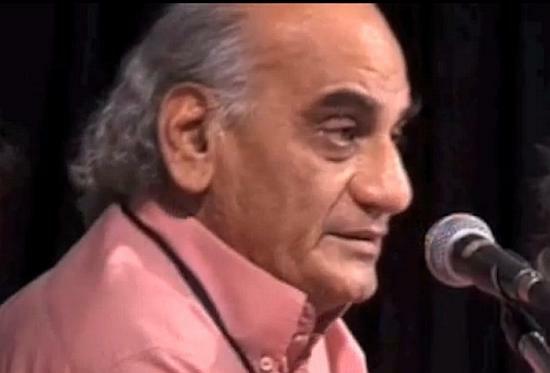 Kaul, 66, is survived by two sons and two daughters.

He breathed his last at 1 AM at his home here after he was discharged from a hospital last night, his family said.

Kaul, born in Jodhpur in Rajasthan to a Kashmiri family, was ranked among the film makers who contributed to new-wave Indian cinema with their exemplary movies. He was well-known actor-director Mahesh Kaul's nephew.

Mani Kaul began his career with Uski Roti in 1969 which won him the Filmfare Critics Award for best movie and his other movies like Ashad Ka ek Din, Duvidha and Idiot also got the coveted critics awards.

A graduate from the Film and Television Institute of India (FTII), Kaul got the National Film Award for Best documentary film Siddheshwari in 1989.

Centre's interlocutor on Kashmir, Dileep Padgaonkar, condoled the death and said "he had a luminous mind. He shed light on making innovative films."

"Mani will be remembered as one of the pioneers, along with Kumar Shahni, of a parallel cinema movement in India. He was also a great teacher of Indian cinema and an accomplished Dhrupad singer," he said.

Condoling Kaul's death, Information and Broadcasting Minister Ambika Soni said Kaul was "one of the pioneers of the new wave in Indian cinema who explored new language and expression in his films".

His untimely death has left a void in the film industry which would be very difficult to fill, she said in her condolence message.

The Minister said Kaul was also an inspiration for many generations of the students of FTII and recollected his address to students at the golden jubilee year seminar of the institute where he spoke on ethos.

Kaul was cremated at Lodhi crematorium in the evening in the presence of a large number of his admirers and friends.

Documentary filmmaker Sanjay Kak, theatre artist M K Raina who acted in Kaul's film and critics Shubhrato Sengupta, Sadanand Menon and Aruna Vasudev were among those who were present at the cremation.

He said Kaul changed the way people looked at cinema with his film Duvidha.

"His influence on young cinematographers like K U Mohanan who shot Don but also worked for Kaul was huge. It was because he made them think, about images, what they were, how they work. It wasn't that he merely wanted a pretty picture. I believe he will be remembered as someone who made us think," Kak said.

"Mani Kaul was one of the pioneer of new wave cinema in India. And a great conversationalist. Will miss his persona. RIP," Veteran actor Anupam Kher said on micro-blogging site twitter.

Filmmaker Shekar Kapur said, "The passing away of friends reminds you of the value of this moment. RIP Mani Kaul. Friend. Director. A life passionately dedicated to exploring the outer edges of the art of film. Will b missed."

Recollecting his meeting with Kaul, Filmmaker Onir tweeted, "Remember meeting Mani Kaul last to show him 'I AM' at Anurag's office and he told me warmly that he was happy to see a few of us making diff films."

"...Remember the first time he called me I was in berlin. I was so excited n nervous that I couldn't talk," Onir said.

On hearing the news of Kaul's demise, veteran actress Shabana Azmi tweeted, "oh no. How? When? Is there a condolence meeting?.