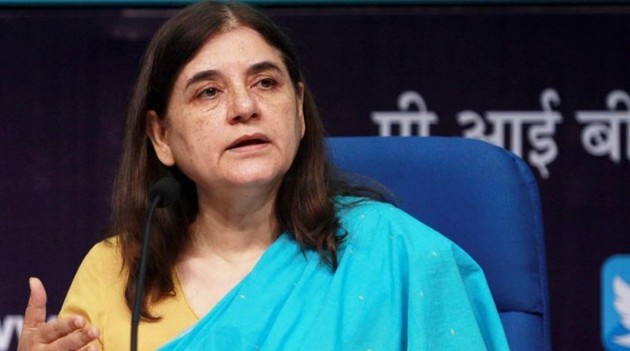 Union Minister Maneka Gandhi has written to Finance Minister Arun Jaitley seeking tax exemption on maintenance allowance given to a victim of domestic violence by her husband.

Women and Child Development Minister Gandhi has requested that maintenance amount, both to the wife as well as to the child, be absolved from tax in such cases on the ground that it is already taxed as part of the husband's income.

She has also said that Income Tax Act, 1961 be suitably "amended" to provide for this exemption.

"I shall be grateful if Ministry of Finance can issue a clarification/amendment to the Income Tax Act, 1961, providing for specific exemption of the interim maintenance allowance received by the women for the maintenance of self as well as the child/children," said Gandhi's letter to Jaitley.

As per Section 125 of the Criminal Procedure Code, a court can order the husband to pay for maintenance of his wife and children.

The letter highlights "ambiguity" under the IT Act regarding taxability of maintenance received by the mother. It also mentions that this amount is taxed twice - first the husband pays tax on his income and then it is taxed again when the wife receives her maintenance.

"There is no clarity whether this income is exempt from tax when received by the mother. A father is equally liable for the maintenance of the child and the wife and the maintenance amount paid by him is out of the income which has already been taxed," the letter adds.

The letter from Gandhi follows a complaint made on Twitter by a woman banker with the hashtag #HelpMeWCD, highlighting the issue.

The petitioner, who is a victim of domestic violence, told PTI on the condition of anonymity, "This income currently gets added to the income of the mother and is taxable. The second tax is against the grain of providing maintenance to a minor child because this is not the mother's income but is meant for the subsistence of the child".

Gandhi appealed to Jaitley to waive the tax by highlighting the difficult circumstances faced by victims of domestic violence.

"They have been subjected to emotional, physical, financial and mental abuse by the husband in many cases," Gandhi wrote.