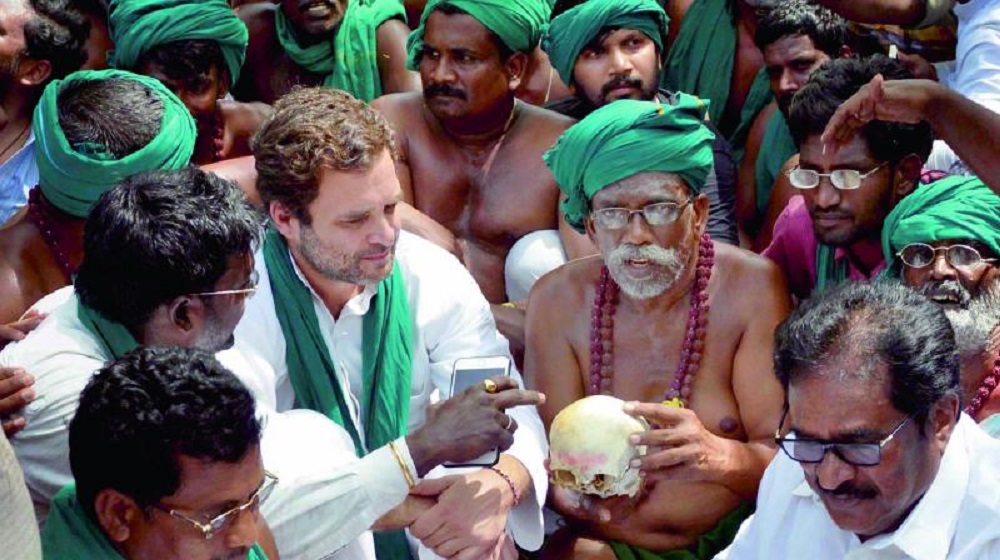 The Bharatiya Janata Party (BJP) on Wednesday criticised Rahul Gandhi for holding Madhya Pradesh government responsible for the killing of farmers during agitation, and asked the Congress vice-president to analyse their government's track record before trying to score political points out of the issue.

BJP lawmaker Meenakshi Lekhi told ANI: "It seems Rahul Gandhi has forgotten the Congress' rule when there was urea scarcity and farmers used to fight over it. If there is a government which has worked for the welfare of poor farmers, it is the BJP."

"Rahul Gandhi must see the track record of the Congress. When it was in power, MP used to be counted as one of the BIMARU states, now it has developed a lot," Lekhi added.

Jaju further said that the situation of farmers improved only after Chief Minister Shivraj Singh Chouhan helmed the affairs in Madhya Pradesh.

Backing Chouhan, BJP leader S. Prakash remarked that justice would be meted to the farmers who lost their lives during the agitation.

"I am sure justice will be made to them every agitation must be peaceful and it should achieve the purpose it was meant for," Prakash told ANI.

On Tuesday, during an agitation, five farmers were killed and several others were injured in the firing by security forces, who were demanding fair price and loan waiver.

Following which, Rahul Gandhi accused the Centre of being at war with the farmers.

Internet services in Mandsaur, Ratlam and Ujjain have been suspended following the farmers' protests, and a curfew has also reportedly been imposed.

Chouhan announced a compensation of Rs. 1 crore to the kin of those killed in the violence.

Speaking to ANI, the chief minister asserted that his government stood with the farmers. (ANI)