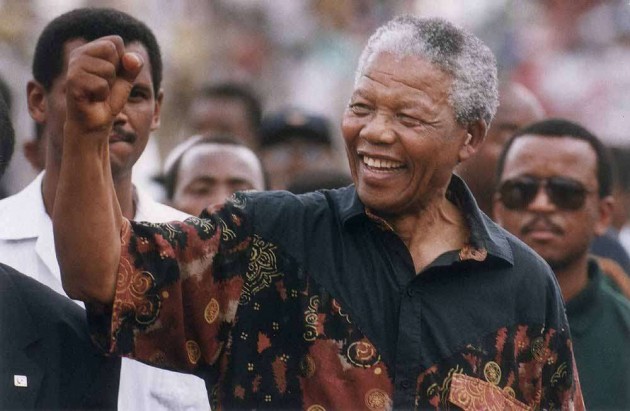 One of Nelson Mandela's grandsons, accused of raping a 15-year-old girl, was granted bail in a South African court today.

Judge Pieter Du Plessis granted bail of 7,000 rand, nearly USD 540, as the man showed little emotion sitting in the accused's dock. The 24-year-old is accused of raping the teenage girl at a Johannesburg-area restaurant on Aug. 7.

In granting bail, the judge said there was a reasonable prospect that a trial could end in an acquittal.

During the bail hearing, that lasted over two days, the Mandela grandson's lawyers tried to prove that the teenager appeared to be above the legal age of consent, which is 16 in South Africa. They also argued that the encounter was consensual, presenting written witness testimony.

Mandela's grandson will return to the court on Sept. 16, when he is expected to plead.

The Mandela grandson would adhere to his bail conditions because he is a father of two, with a third child on the way, defense lawyer Marinda Veldsman told the court. He does not have a job. She assured the court that her client enjoyed no special privilege.

Once court adjourned another one of Mandela's grandsons, Ndaba Mandela, embraced Veldsman and other attorneys. Members of the Mandela family have attended all the proceedings at the Johannesburg magistrate's court.

In front of the courthouse is a statue depicting the young Nelson Mandela as a boxer. Across the road is the building that once housed Nelson Mandela's law practice in the 1950s.