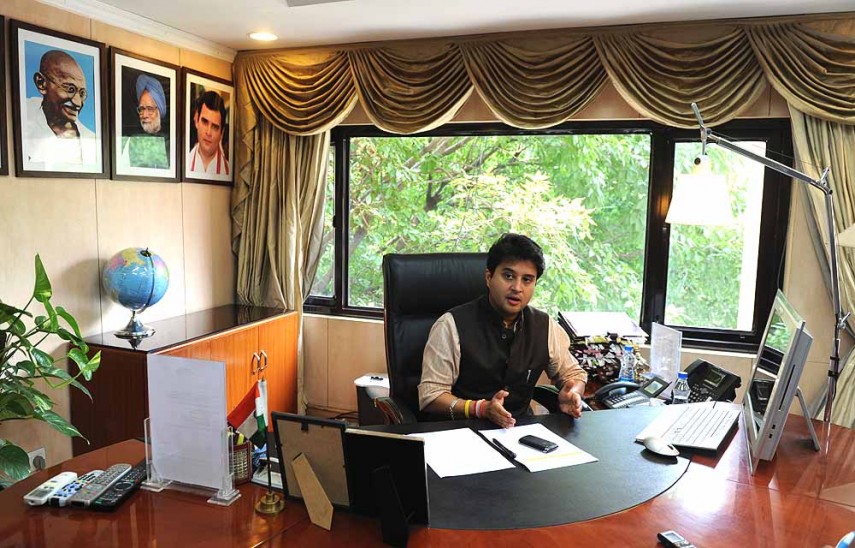 A 65-year-old man was today killed when his two-wheeler was allegedly hit by a car in which Congress MP Jyotiraditya Scindia was travelling near here, police said.

The accident occurred at Puthiyakavu on the Kochi-Allapuzha stretch of a national highway when Scindia was going in a chauffeur-driven car to attend a function at Cherthala after arriving at Kochi from New Delhi, they said.

After the incident, the Congress leader in a tweet said "Devastated - sad loss of life - unfortunate accident betw Cochin-Allepy. Arranged for hospital immediately - on way to meet bereaved family!".

Police identified the deceased as Sasi, a resident of Puthiyakavu locality.

Though Sasi was rushed to a nearby hospital, he succumbed to injuries, police said.

After handing over the car to the police, Scindia left in another car, K C Venugopal, Congress MP from Alappuzha, said adding his colleague would later call on the bereaved family.

Besides the former union minister, three other Congress workers were in the car when the mishap occurred, Venugopal said.