Mamata Writes to HM, Objects to CRPF Personnel's Deployment in IT Searches 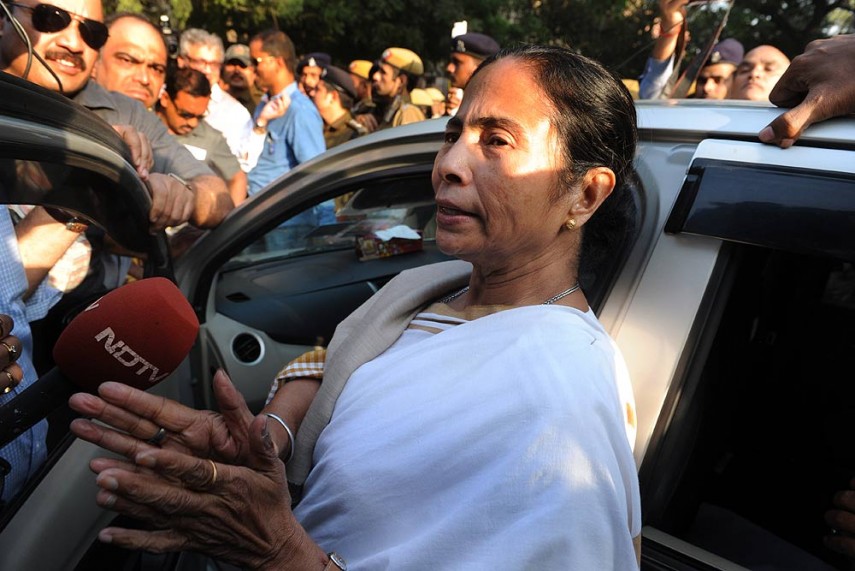 Print
A
A
A
increase text size
Outlook December 23, 2016 17:06 IST Mamata Writes to HM, Objects to CRPF Personnel's Deployment in IT Searches

Days after a row erupted over the army drill at toll plazas in West Bengal, Chief Minister Mamata Banerjee today objected to the Centre's move to deploy CRPF personnel for providing security to Income Tax officials during search operations in the state.

Banerjee demanded that the decision be immediately revoked.

Describing the decision as "unconstitutional, illegal and against all principles of cooperative federalism", Banerjee shot off a one-page letter to Union Home Minister Rajnath Singh in which she said deployment of any central police force to any state can only be done at the request of the state government.

"The decision must be immediately revoked," she demanded, adding, "The state government and police forces would provide all necessary help and protection if so requested by any central government agency for any legitimate action on their part."

Stating that no communication in this regard has been received by the state government, Banerjee said, "A copy of such instruction as reported in the media is enclosed."

"Respective legislative and executive jurisdictions of the state governments and the central governments are clearly delineated in the Seventh Schedule of the Constitution of India and public order and police are within the domain of List II (state list)," the letter said.

A copy of the letter has also been sent to all state chief ministers.

A row had erupted over the deployment of Army personnel at toll plazas in the state with Banerjee and the Centre trading charges.

Defence Minister Manohar Parrikar also dashed off a stinging letter to Banerjee, saying her allegations against the army can "adversely" impact the morale of the force and the Trinamool Congress chief hit back over his "wild assertion".

The I-T department said the deployment of CRPF personnel is "as per the law".

Supporting the Centre's decision, the investigation wing of the Income Tax (I-T) Department said the deployment of CRPF personnel during searches is "as per the law".

"The number of search operations being carried out now have increased manifold and this is why we are taking help of CRPF personnel," a senior official of the IT investigation wing told PTI here.

"As per law we are authorised to seek the help of paramilitary forces, Customs, PSU banks and CISF personnel during search operations," the official said.

"This is nothing new and we are doing it everytime."

To a query, he said the investigation wing was also getting cooperation of West Bengal Police.

"It is well known that we are carrying out such action day in and day out. So it is necessary to take the help of other central agencies besides the state police," he said.

Slamming the Centre, TMC secretary general and minister Partha Chatterjee said, "They are not even informing the chief minister who is also the home minister.

"They have resorted to political hooliganism", he said.