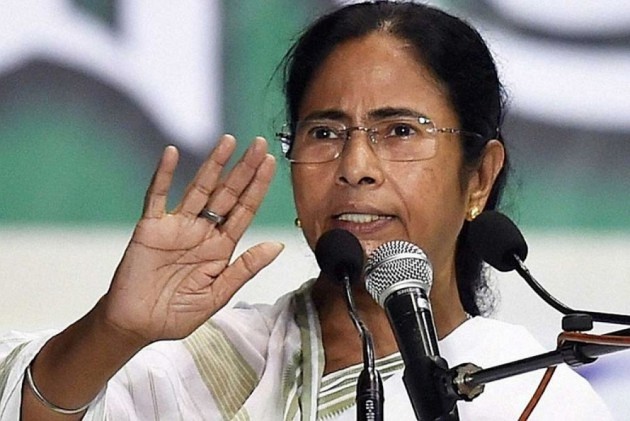 West Bengal Chief Minister Mamata Banerjee today demanded a probe by a Supreme Court judge into the assets bought by the BJP just months before demonetisation was announced.

She said there were "reports and proof" of how the BJP purchased huge tracts of land and deposited large amounts of money in accounts held by it before ban on old high-value bills was announced on November 8.

"Why did they buy such huge tracts of land just ahead of demonetisation? We demand an investigation by a Supreme Court judge," Banerjee said participating in a discussion on demonetisation in the state assembly.

She said, "I don't support black money. We all are against black money. But this decision of demonetisation is without any proper planning. It is a man-made disaster."

Taking a jibe at Prime Minister Narendra Modi's comment that he is a fakir and will exit with whatever little belongings he has, Mamata said, "He may have come to power as a 'chaiwala' but will leave as a 'fakirwala' after looting the entire nation."

"Modi is not qualified to be a prime minister, he should immediately resign," she demanded.

"Earlier when a Prime Minister visited a foreign country, he carried a contingent of media persons. But after Modiji came to power, he has stopped taking media contingent. what is he trying to hide?" Banerjee wanted to know.

She accused the PM of trying to break the federal structure and said demonetsation had badly affected the state's revenue collection.

"It is a financial emergency that has been imposed on the country. Honest people can't withdraw money from their bank accounts. Who gave BJP the right to act as our guardian?" she said.

"In Bengal there are more than 37,000 villages and the total number of banks in the villages is around 3,500, which is just ten per cent. How can you talk about cashless economy or mobile banking? A few months back there was a scam when 29 lakhs credit cards across India were hacked. What is the guarantee that our money will not be siphoned off?" she said. MORE "Why is PM appearing on ads for Paytm? Have we ever

seen any PM promoting a private company? Why is he promoting Big Bazaar, what about small shops? The central government is pursuing a vindictive and discriminatory politics. Rs 500 notes are being given to states which are ruled by BJP or pro-BJP. But as Bengal, UP had opposed the decision, Rs 500 notes are not being circulated in those states," Banerjee alleged.

Banerjee also spoke about the alleged deployment of Army at toll plazas in West Bengal recently and justified having opposed the decision.

"Why will I not oppose such a decision? If the Army comes at the gate of state Assembly, will the MLAs sit back or oppose it? Why should I need to sit back at the secretariat for 30 long hours? There is an attempt to destroy the federal structure and stifle the voice of the opposition," Banerjee said.

Banerjee accused the BJP of threatening the owners of media houses to either toe their line or face consequences.

"A conspiracy is being hatched to disturb the peaceful atmosphere of the state and incite communal violence," she alleged.