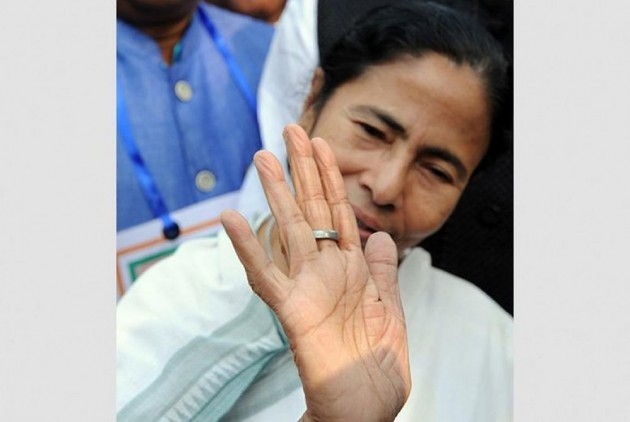 West Bengal Chief Minister Mamata Banerjee today expressed her dissatisfaction over Mahatma Gandhi's picture being "replaced" by that of Prime Minister Narendra Modi in the 2017 calendar and diary of Khadi and Village Industries Commission (KVIC).

"The great symbol of charka and Mahatma Gandhi now gets replaced by Modi babu. In the calendar and diary of Khadi (KVIC) 2017 Modi replaced Mahatma Gandhiji. Gandhiji is the Father of the Nation. Modiji what???," she said in a statement.

Upset over Mahatma Gandhi's picture missing on the calendar of the Khadi and Village Industries Commission, a section of its workers yesterday had staged a protest in Mumbai and sought to know as to why the image of the father of the nation was left out, while featuring Prime Minister Narendra Modi.

Justifying the inclusion of Modi's picture, a senior KVIC official, requesting anonymity, had said, "In last October, Modiji distributed 500 Charkhas to women spinners in Ludhiana. In order to commemorate that historical moment, it was decided to print his picture on calendars."