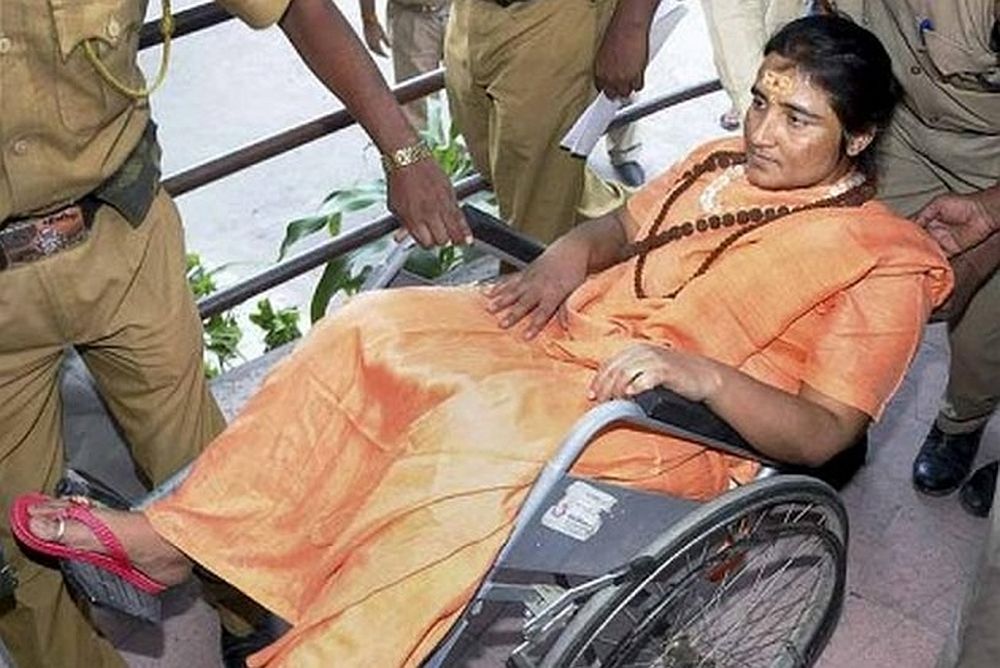 A plea was filed in the Supreme Court on Thursday against the bail granted to accused Sadhvi Pragya Singh Thakur in the 2008 Malegaon blast case.

In May, the National Investigative Agency (NIA) told the special court in Mumbai that it doesn't oppose the discharge application filed by accused Sadhvi Pragya.

The Bombay High Court, earlier in April, granted bail to Sadhvi Pragya in connection with case.

Thakur, who will have to furnish a bail amount of Rs. 5 lakh besides two sureties of the same amount, has also been directed to submit its passport to the NIA court and appear on the dates in the trial court.

The NIA had informed the court that it had no objection to the court granting bail to Thakur.

"Rs. 5 lakh surety has been ordered by the court and she has been asked to deposit her passport with the NIA Court. The court has directed that she (Sadhvi Pragya) will have to be present before the NIA court whenever it issues summon."

"There is absolutely no evidence of her involvement," said Thakur's lawyer Shyam Devani.

The High Court, however, rejected the bail of Lieutenant Colonel Prasad Purohit.

On September 2008, a blast at Malegaon killed six and injured 101 others.