Malayalam Actress Allegedly Kidnapped, Harassed By A Gang of Five 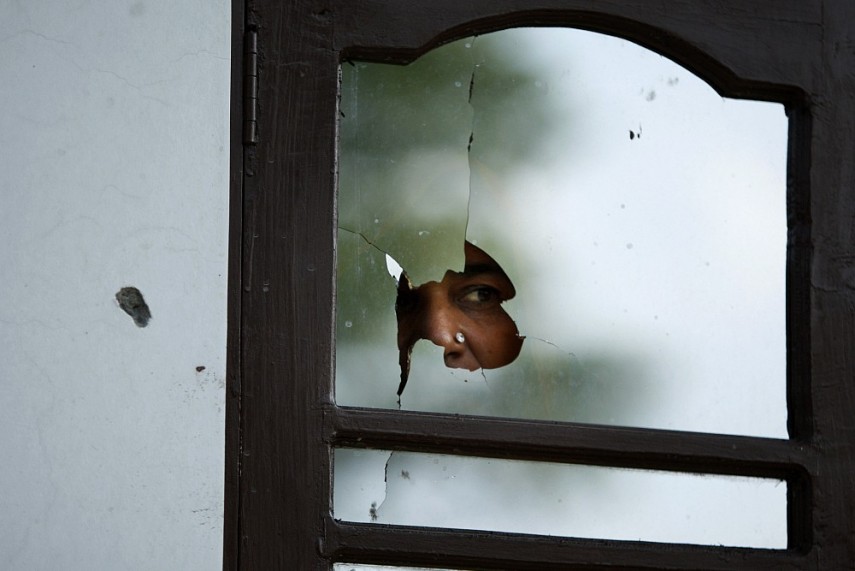 Print
A
A
A
increase text size
Outlook February 18, 2017 18:26 IST Malayalam Actress Allegedly Kidnapped, Harassed By A Gang of Five

A noted South Indian film actress was harassed for two hours allegedly by a gang of five men, who forced their way into her car before fleeing at a busy area here.

Kerala DGP Loknath Behera has constituted a joint investigation team comprising police personnel from Kochi city and Ernakulam rural to probe one of the sensational cases, following widespread condemnation of the incident.

He said the gang members involved in the crime have been identified and they will be arrested "very soon."

Police have also taken into custody the driver of the car, suspecting his role in the incident, he added.

The actress in her complaint to police stated that last night her car was hit from the rear by a vehicle at Athani, between Aluva and Angamaly.

The men, suspected to be five in number, forcefully entered her car and took control of it before proceeding to Kochi.

The actress' driver is suspected to have followed her car in the vehicle used by the gang members.

During the drive, the men harassed her, by clicking her pictures and making a video, she said in her complaint.

After nearly two hours of drive through the Kochi city area, they left the actress in the car in Palarivattam and fled the scene.

She was later taken to the house of film director Lal in Thrikkakara by her driver.

Lal, who is also a noted film actor, confirmed that such incidents had happened.

He, however, said he could not divulge more details as it would affect the investigation.

Police suspect that blackmailing was the motive behind the crime.

The incident has become a political issue with the BJP and the Congress strongly condemning "increasing incidents of attacks against women" in the state under CPI(M)-led LDF rule.

State BJP Chief Kummanam Rajasekharan said such incidents were on a rise in the state under the CPI(M) rule and it proves that Pinarayi Vijayan was a "failure" as Chief Minister.

He urged the Chief Minister to leave the Home portfolio, currently with him.

Leader of Opposition in the Kerala Assembly, Ramesh Chennithala, also expressed concern over the deteriorating law and order situation in the state and demanded tough action against the criminals targeting women.

Continue FREE with Ads Pay Rs. 1 to Read Without Ads
READ MORE IN:
Society
Next Story : The Day Tamil Nadu's Assembly Turned Into A War-Zone
Download the Outlook ​Magazines App. Six magazines, wherever you go! Play Store and App Store