Malala Calls on Myanmar to 'Halt Persecution' of Rohingyas 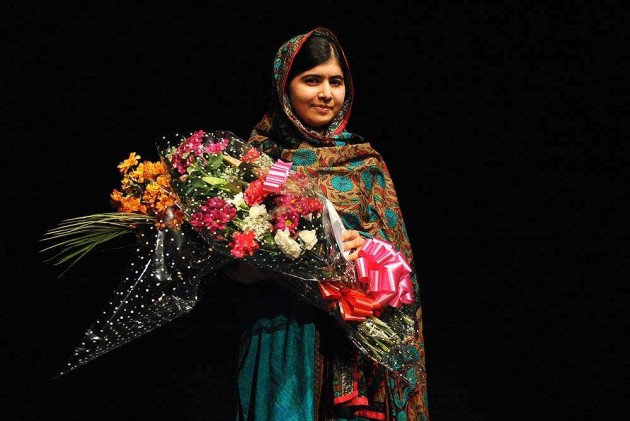 Print
A
A
A
increase text size
Outlook June 08, 2015 20:41 IST Malala Calls on Myanmar to 'Halt Persecution' of Rohingyas

Nobel Peace Prize winner Malala Yousafzai today urged Myanmar leaders to take "immediate action" to prevent the persecution of the country's Rohingya Muslims, most of whom are considered by the government to be illegal immigrants.

The 17-year-old, who was shot by militants in her native Pakistan for campaigning for girls' rights, said that Rohingyas deserved "equal rights and opportunities" and called for them to be integrated into the country.

"I call on the leaders of Myanmar and the world to take immediate action to halt the inhuman persecution of Burma's (Myanmar) Muslim minority Rohingya people," said Malala.

"The Rohingyas deserve citizenship in the country where they were born and have lived for generations," added the teenager, who won the Nobel prize last year for her activism.

"Today and every day, I stand with the Rohingyas, and I encourage people everywhere to do so."

Myanmar considers the Rohingya to be illegal immigrants from Bangladesh, and places a raft of restrictions on them, such as family size, movements and access to jobs.

Most of the 1.3 million-strong community have no citizenship and tens of thousands have fled the impoverished Myanmar state of Rakhine after deadly communal violence there in 2012, sparking a migrant crisis.

The collapse of a transnational trafficking route following a Thai crackdown has made it even more difficult for the Rohingyas to escape persecution, with many ending up in camps in a remote region near the Myanmar-Bangladesh border.

Malala was flown to Britain for treatment after the Pakistani Taliban tried to kill her in October 2012, and now lives here with her family.

Continue FREE with Ads Pay Rs. 1 to Read Without Ads
READ MORE IN:
Malala Yousafzai International
Next Story : Sanskrit Should Be Made Compulsory in Haryana Schools: Minister
Download the Outlook ​Magazines App. Six magazines, wherever you go! Play Store and App Store