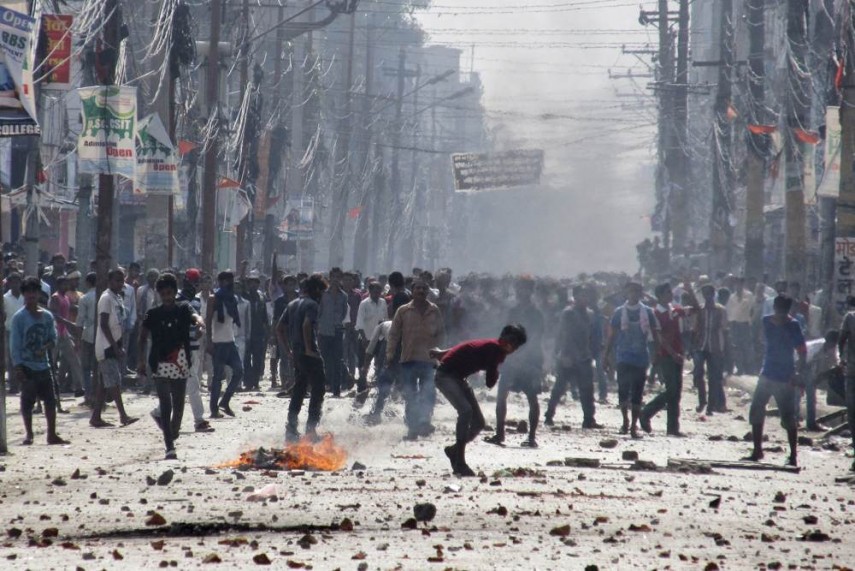 The agitating Madhesis today rejected Prime Minister Prachanda's proposal to participate in Nepal's local polls and launched fresh agitation, a day after they withdrew support from his government.

The government has decided to hold local body polls on May 14 despite failure to reach an agreement with the alliance of Madhes-based parties which pulled out of the government after accusing it of failing to meet a seven-day ultimatum to fulfil their demands that included endorsement for the revised Constitution amendment bill.

"We held a long discussion on the Prime Minister's proposal, but we did not see any basis to trust him as he has failed to fulfil the past commitments," said Terai Madhesh Democratic Party leader Brikhesh Chandra Lal.

In a meeting with the United Democratic Madhesi Front (UDMF) leaders, Prachanda had urged them to participate in the upcoming local polls after amending the Constitution, setting aside the issue of state delineation for the time being.

He had said the government would form a commission to finalise the issues relating to provincial demarcation before holding the provincial elections.

As per the programme, the UDMF, which has 39 lawmakers, would launch non-cooperation to election activities.

The Front would organise condolence meetings across the country on March 26 to pay tribute to the five Madhesi activists who were killed in alleged police firing last week.

They were killed during clashes with the police as the agitating Madhesi Front tried to disrupt election campaign launched by main opposition CPN-UML.

On March 28, sit-ins would be organised in all district election offices as part of the protests, UDMF said after the conclusion of their meeting.

The statement was signed by several Madhesi leaders.

The agitation was launched against the government besides withdrawing support extended to the coalition government led by Maoist chief Prachanda, the UDMF said.

A senior leader said the agitation would be peaceful this time unlike last year when they obstructed Nepal-India border, badly affecting supplies of essential goods.

Madhesis, mostly of Indian-origin, launched a six-month- long agitation against the implementation of the Constitution without amending its provisions that would address the demands for more representation and re-demarcation of state boundaries.

At least 50 people died in the violent Madhesi protest between September 2015 and February last year.