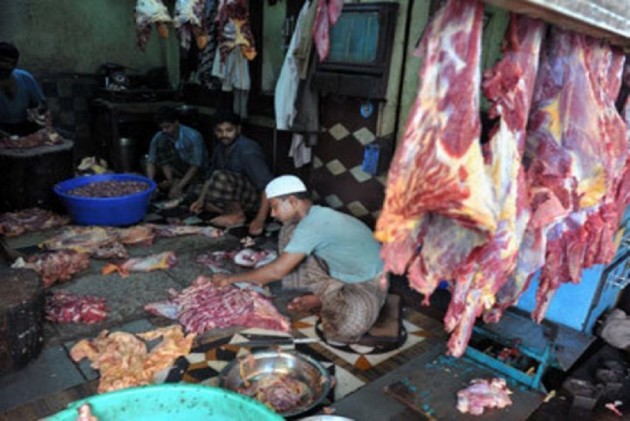 Protesting against the crackdown on illegal and mechanised slaughter houses in Uttar Pradesh, meat sellers here have gone on an indefinite strike .

The mutton and chicken sellers who have pulled down their shutters have threatened to intensify their stir from Monday, said Mubeen Qureshi of the Lucknow Bakra Gosht Vypar Mandal.

As a result, non veg food outlet, including the famous Tunday and Rahim's, who had shifted to mutton and chicken dishes after buffalo meat became scarce, too kept their shops shut.

The meat sellers are piqued over the crackdown on slaughter houses which has adversely hit the livelihood of lakhs of people, Qureshi said.

He added that fish sellers too may join the protest.

After coming to power, the Aditya Nath Yogi government has ordered closure of illegal slaughterhouses and ban on cow smuggling aiming to fulfill a key electoral promise.

State BJP leader Mazhar Abbas appealed to meat sellers saying that only the illegal shops and slaughter houses would face government action and the geneuine ones don't need to worry.