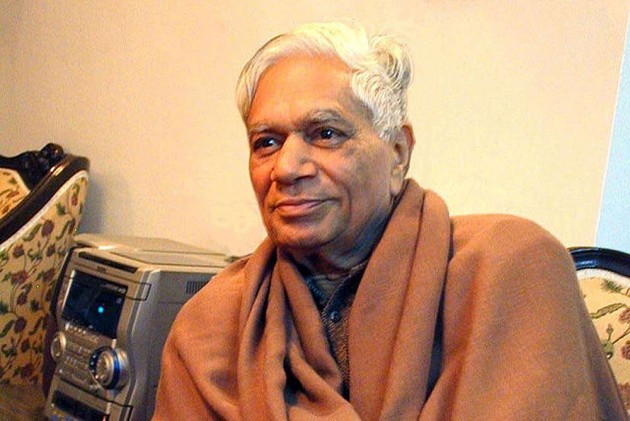 Eminent academician Lokesh Chandra has been appointed as the new president of Indian Council for Cultural Relations (ICCR) for a period of three years.

In the past, Chandra held several prestigious positions including Chairman of Indian Council for Historical Research and Vice President of ICCR.

Currently, Chandra holds the position of Honorary Director of the International Academy of Indian Culture, a premier research institution for Asian cultures.

He was awarded the Padma Bhushan in 2006 in recognition to his contributions to academic life and public discourse.

Chandra's major work is the study of cultural interflow between India and other countries.

He has written on a variety of areas including on arts, histories and literatures of the Buryatia in Siberia, Mongolia, Central Asia, Tibet, China, Korea, Japan, Cambodia and Indonesia.

He has to his credit over 596 works and text editions. Among them are classics like Tibetan-Sanskrit Dictionary, Materials for a History of Tibetan Literature, Buddhist Iconography of Tibet, and his Dictionary of Buddhist Art in about 20 volumes.

Born in 1927 in Ambala in Haryana, he hails from an family of educationists. His father Raghu Vira was a scholar.

Chandra earned Master's Degree (MA) in 1947 from the Punjab University at Lahore.

The ICCR was founded in 1950 with an aim to actively participate in formulation and implementation of policies and programmes pertaining to India's external cultural relations.

Continue FREE with Ads Pay Rs. 1 to Read Without Ads
READ MORE IN:
Society
Next Story : Personal Info Can't Be Shared Even If Spouse Demands It: CIC
Download the Outlook ​Magazines App. Six magazines, wherever you go! Play Store and App Store