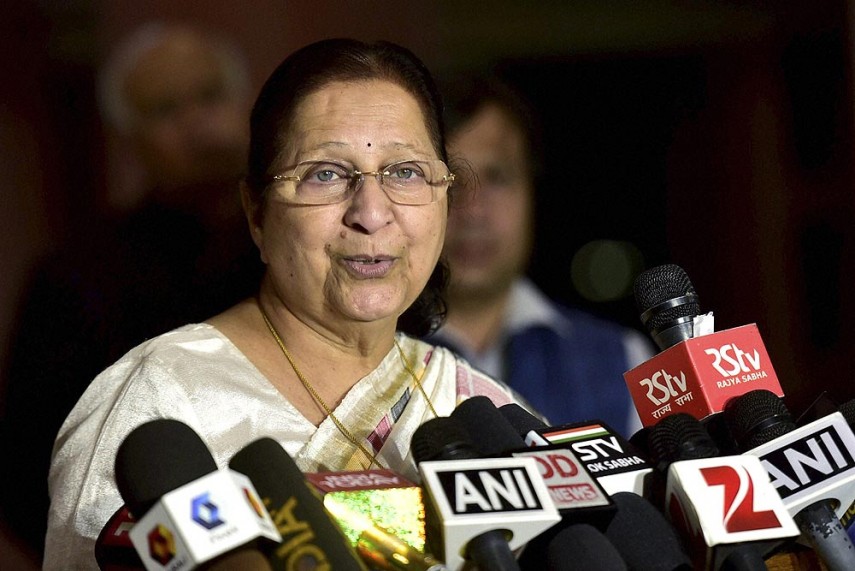 Lok Sabha today paid tributes to seven Army personnel, who were killed in a terror attack in Nagrota near Jammu, a day after the Speaker rejected the demand of opposition for an obituary reference for the same incident on the grounds that final details were yet to emerge.

As soon as the House assembled, Speaker Sumitra Mahajan referred to Tuesday's incident and said the House strongly condemned the dastardly act of terrorists in which seven soldiers were martyred and several others were injured.

Mahajan also expressed deep condolences to the bereaved families and wished speedy recovery of those injured.

The obituary reference was made a day after Opposition members walked out of Lok Sabha as their demand for an obituary reference on the soldiers who died in the same terror attack was rejected by the Speaker on the grounds that final details were yet to emerge.

Continue FREE with Ads Pay Rs. 1 to Read Without Ads
READ MORE IN:
Sumitra Mahajan National
Next Story : Wadia To Go Ahead With Defamation Cases Against Tatas
Download the Outlook ​Magazines App. Six magazines, wherever you go! Play Store and App Store