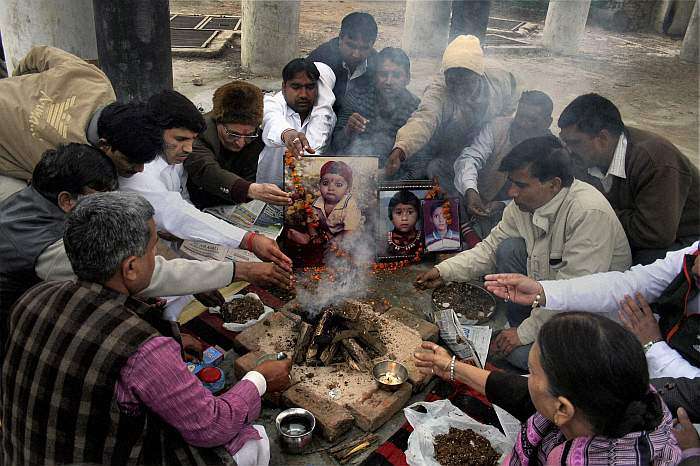 Members of an NGO and students from a local college today remembered the victims of the Nithari killings on the ninth anniversary of the chilling discovery of human remains outside a house here that had brought to light the shocking serial murder case.

The NGO, Nirman, in association with the students of Noida degree college, assembled at house No. D5 in Nithari along with Jhabbu Lal and Sunita, the parents of one of the victims, and lit candles and prayed for the peace of the victims' souls.

On December 29, 2006, skulls and bones were recovered from a drain behind the house following which police had arrested its owner, Moninder Singh Pandher, and his servant, Surinder Koli.

After Koli submitted a mercy petition, his death sentence has been converted to life imprisonment.