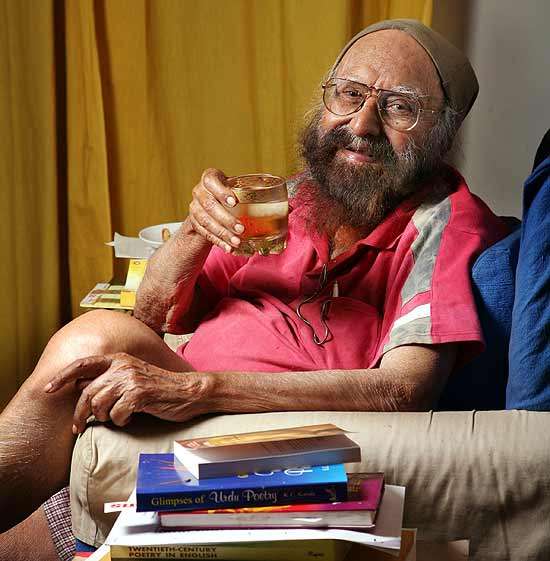 The annual Khushwant Singh Literature Festival (KSLF) set in the hills of Kasauli, will have an added feature this year, a Rs 2.5 lakh award for best debut fiction novel in memory of the noted author and journalist.

Titled as the "Khushwant Singh Memorial Book Prize", the award sponsored by author Suhel Seth and powered by the Oxford Bookstore will be announced at KSLF. Besides the cash prize, the winner will get a chance to take an all-India tour of Oxford Bookstores.

"I met Khushwant Singh in 1982 and since then he was not just a great friend but an admirable human being. Now that he is not with us, the only thing I believe I took from him is his zest for life."

"So, I announce for the next twenty years, a 2.5 lakh best debut fiction prize in name of Khushwant Singh, as a a mark to this man's great zest for life," Seth said.

The winner will be selected by a jury of eminent award winning authors from a competitive short list, said author and Jaipur Literature Festival Director Namita Gokhale, adding that the jury members will be announced soon.

Dedicated to the celebrated author, the three-day long festival was designed and conceptualised in 2012 to talk to a larger audience about the literature of Punjab, Sufi spirituality, Sikh entrepreneurship, Indo-Pak or Punjab-Pak civilisation, stories about the military tradition of the region, and portraits of people.

Besides this the KSLF strives to bring alive diverse subjects like Kasauli's fragile ecology, rich heritage, colonial history and ever-present military that has helped preserve one of India's tiny hill stations.

While the debut theme of the festival was "Kasauli", the festival theme in the 2013 edition was "Greater Punjab".

The veteran author, who had written bestsellers including 'The Train to Pakistan', 'A History of the Sikhs', 'Khushwantnama: The Lessons of My Life' and 'Death at my Doorstep' among others, died at the age of 99 last month.

Known to be one of the finest contemporary Indian writers in English, Singh had also, quite prematurely, penned down his own obituary and epitaph in his book, 'Death at my doorstep'.