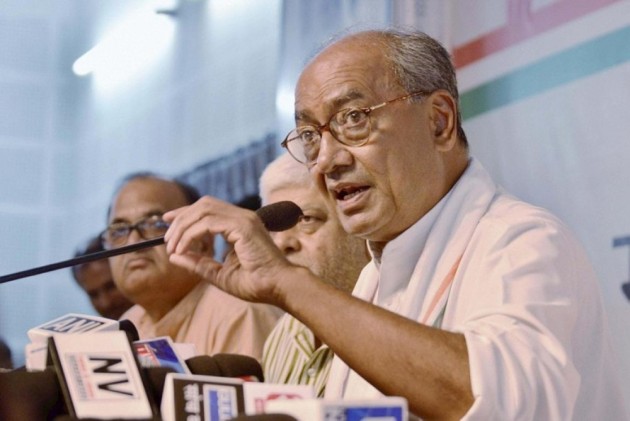 Even as Congress maintained silence on the possibility of an alliance for the Goa Assembly polls claiming that they are yet to get any written proposals, like-minded parties in the state have said that submission of proposal in politics is something new on the block.

"Submission of a written proposals in an era where coalition politics, at least against the BJP has come to stay, is something new to me," Vijai Sardesai, an independent legislator and mentor of Goa Forward Party told PTI today.

All India Congress Committee General Secretary Digvijay Singh who is currently camping in Goa to shortlist the candidates for upcoming elections had said that the party (Congress) has not received any formal proposal for alliance from any like minded parties.

"All the same, we in the Opposition are being closely watched by the people of Goa and they would never forgive us if we undermine prevailing public sentiment with popular surveys indicating 80 per cent Goans wanting BJP government out from Goa," Sardesai said today.

"If any of us intentionally work to sabotage the unity of Opposition forces then we would invite curse of Goans and their future generations," he commented.

Goa Forward and NCP have already showed their intention to align with the Congress to contest the upcoming Goa Legislative Assembly election.

"Till date we have not learnt lessons what happens after we stand divided. We are going to destroy ourselves if we contest against each other," NCP Goa President Jose Philip said reacting to the delay by Congress to decide on an alliance.

"What is the reason that Congress is acting adamant on the issue of alliance ? Whether they want us to destroy ourselves or want to give a chance to BJP to win. Nobody knows," he said.

Congress' strength in Goa was reduced to single digit in the State Legislative Assembly after the 2012 elections which saw BJP forming the government.