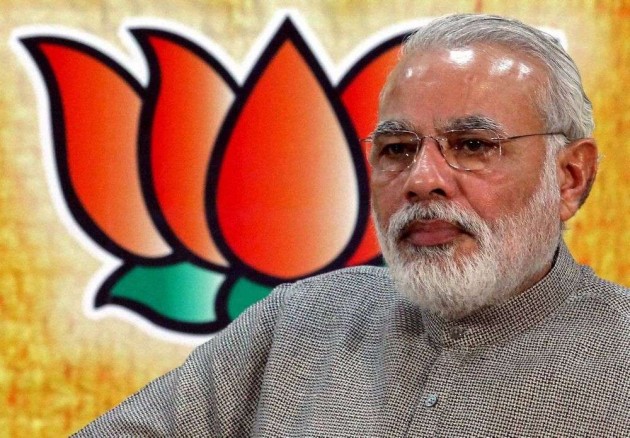 In a blistering attack on the UPA government, Narendra Modi today asked Indian voters to hold it accountable for nine years of "mis-governance" and to throw out the Congress in the 2014 Lok Sabha polls as they did after the Emergency in 1977.

Drawing a parallel between the elections of 1977 and 2014, the BJP's prime ministerial candidate said, "This government, which has downgraded the country, has to go. Let us affirm that this government has to go democratically.

"We should work for a progressive BJP government...Like 1977, 2014 will be the voice of the people," Modi said, referring to the first time the Congress was voted out of power after the 1975 Emergency.

Speaking to the Indian diaspora in the US through live video conference for the first time after being chosen to run for premiership, Modi accused the UPA government of "running away" from giving a report on its performance since 2004, when it returned to power.

"See the arrogance of the government in Delhi. They are in power for nine years but they are not ready to give performance report," the 63-year-old Gujarat Chief Minister said.

Modi, who has stepped up attacks on the Congress since he was named the BJP's prime ministerial choice, also spoke about a "vested interest group" shielding the "mis-governance" of the Congress but did not elaborate.

"As soon as I finish (my speech) they will start, what Modi said, but friends, Modi gave answers to the people in December 2012 and the people chose him for a third time with distinction to serve them," he said.

"I want to tell the Congress friends, do you at least agree that when the Vajpayee government was there, growth rate was 8.4 per cent but now it is 4.8 per cent under this (UPA) government."

Interestingly, Modi used the occasion to praise the leadership of L K Advani, who had resisted his nomination to the key position. He also lauded Madhya Pradesh Chief Minister Shiv Raj Chauhan and several chief ministers and leaders of the BJP.

Highlighting the achievements of the six-year rule of the NDA government led by Atal Bihari Vajpayee, Modi said it gave a new direction and inspiration to India and the world.

Only the BJP can save India from the current crisis, he said. "Today there is hope and aspiration for BJP. This is because whenever any BJP member is given any responsibility, they give their best," Modi said.

Modi urged the Indian American community, in particular his supporters, to play a meaningful role for BJP's victory. He addressed Indian-Americans at the conclusion of a two-day national convention of the Overseas Friends of BJP-USA.

Continue FREE with Ads Pay Rs. 1 to Read Without Ads
READ MORE IN:
Narendra Modi National
Next Story : IM Operative's Escape Could Be a Planned One: Police
Download the Outlook ​Magazines App. Six magazines, wherever you go! Play Store and App Store