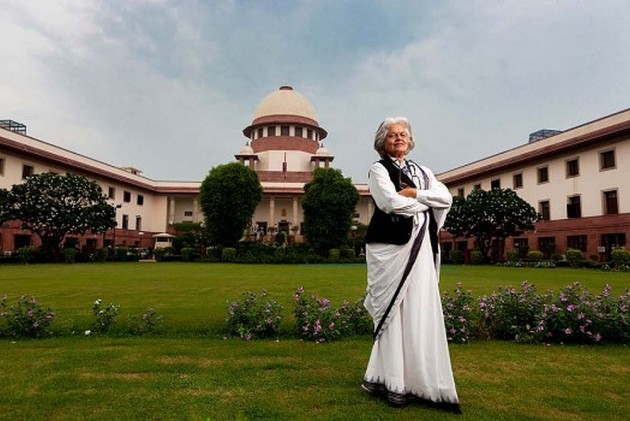 Licence of an NGO run by noted lawyer Indira Jaising has been cancelled permanently by the government for alleged violation of FCRA, an action termed by the organisation as "preposterous" and an attack on "right to free speech" guaranteed under the Constitution.

In its order, the Home Ministry claimed that there were discrepancies in foreign contributions cited by Lawyers' Collective in its returns filed with the government.

Jaising, who was the Additional Solicitor General of India under the previous UPA government, had violated Foreign Contribution Regulation Act norms by receiving foreign funds between 2006-07 and 2013-14 when she was a government servant, the order said.

Reacting to the government's move, the NGO issued a statement expressing wonder how an order could be issued on Sunday when all the government offices are closed.

"Lawyers Collective has received an order dated November 27, 2016 cancelling its registration to receive foreign contribution...At its registered office at Mumbai.

"The cancellation order is on the grounds that LC allegedly has violated the terms and conditions of its registration certificate, violated the provisions of the FCRA, and most importantly, acted against 'public interest'", the statement said even as it noted that "strangely enough, the order is passed on a Sunday, when government offices are closed.

In June, the licence of Lawyers' Collective was suspended by the Narendra Modi government for six months for alleged violation of FCRA by using the funds for rallies, dharna with political "hue and colour", a charge denied by the association which termed it as an act of "vindictiveness".

The organisation has also been put on the list of 25 NGOs found allegedly taking part in activities detrimental to the country's interest, official sources said.

The Home Ministry earlier had said, "It is really surprising how a senior law officer, such as an ASG can simultaneously and for such a long period be on the rolls of a private entity, being paid (out of foreign contribution) for undisclosed purposes in gross violation of rules applicable to law officers of Union of India".

Jaising, who served as ASG between 2009 and 2014, has represented social activist Teesta Setalvad in an FCRA violation case against Setalvad's NGO 'Sabrang Trust' and 'Citizens for Justice and Peace'.

Jaising and senior Supreme Court lawyer Anand Grover are the office bearers of the Lawyers' Collective.

Grover was part of a lawyers' team to petition the Supreme Court on behalf of 1993 Mumbai blast convict Yakub Memon hours before he was to be hanged.

"It is preposterous for the MHA to suggest that LC has no record of work, when the government itself has acknowledged LC's contributions towards advancing women's rights, securing access to affordable medicines, protecting the rights of HIV positive people as well as transgender persons and continues to call upon LC for its legal inputs," the statement said.

The statement said the NGO reiterates that the current proceedings under FCRA, including the latest cancellation order, are only a continuation of the harassment and persecution of the organisation, especially of its two trustees and senior advocates Indira Jaising and Anand Grover perpetrated by the government, over last one year.

"Both Jaising and Grover have been and are continuing to take up sensitive cases, in their professional capacity, against the powerful functionaries of the present ruling establishment," the statement said.

The action is perceived to be a "clear attack on the right to legal representation of persons who need legal services the most and a gross abuse of powers by the government of the day.

"It is also a clear attack on the right to free speech and association guaranteed by the Constitution of India. The entire proceedings against LC under FCRA are nothing but an attempt to discredit the long-standing credibility of the organisation and that of its trustees, and a part of the larger clampdown on civil society spaces in India," it said.

The NGO termed it as "preposterous to allege that LC has acted against public interest whereas LC has always strived to advance public interest through its pioneering work.

"LC is exploring all legal options to challenge the cancellation order, including its defamatory contents, and will take necessary action in an appropriate time," the statement said.