LGBT Can't Be Denied Privacy Rights Since They Are In Minority: SC 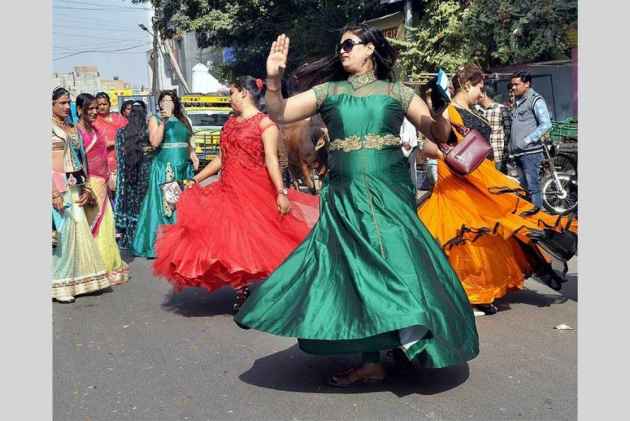 Print
A
A
A
increase text size
Outlook August 25, 2017 10:01 IST LGBT Can't Be Denied Privacy Rights Since They Are In Minority: SC

The right to privacy cannot be denied to members of the LGBT community merely because they have unconventional sexual orientation and form a miniscule fraction of the over 1.32 billion Indian population, the Supreme Court observed on Thrusday.

The 9-judge bench, which held that the right to privacy is a fundamental right, made this observation while assailing the earlier apex court verdict in the appeal by an NGO on behalf of the LGBT community in which it said they formed a miniscule fraction of the country's population and the right to privacy cannot be a ground to set aside a penal law.

Chief Justice J S Khehar and Justices R K Agrawal, S A Nazeer and D Y Chandrachud, who were part of the nine-judge constitution bench, said that discrimination on the basis of sexual orientation is deeply offensive to the dignity of an individual.

"A miniscule fraction of the country's population constitutes lesbians, gays, bisexuals or transgenders (LGBT) is not a sustainable basis to deny the right to privacy. The purpose of elevating certain rights to the stature of guaranteed fundamental rights is to insulate their exercise from the disdain of majorities, whether legislative or popular," the bench said.

The apex court said that discrete and insular minorities face grave dangers of discrimination for the simple reason that their views, beliefs or way of life does not accord with the 'mainstream'.

"The right to privacy and the protection of sexual orientation lie at the core of the fundamental rights guaranteed by Articles 14, 15 and 21 of the Constitution," it said.

It, however, clarified that since the challenge to Section 377 (Section which criminalizes gay sex) is pending consideration before another bench of the Supreme Court, it would leave the constitutional validity to be decided in an "appropriate proceeding".

Justice S K Kaul, in a separate judgement, also concurred with the view of the four judges and said the majoritarian concept does not apply to Constitutional rights.

"...The Courts are often called up on to take what may be categorised as a non-majoritarian view, in the check and balance of power envisaged under the Constitution of India. One's sexual orientation is undoubtedly an attribute of privacy," he said.

Continue FREE with Ads Pay Rs. 1 to Read Without Ads
READ MORE IN:
National
Next Story : LGBT Can't be Denied Privacy Rights Because They Are in Minority: SC
Download the Outlook ​Magazines App. Six magazines, wherever you go! Play Store and App Store