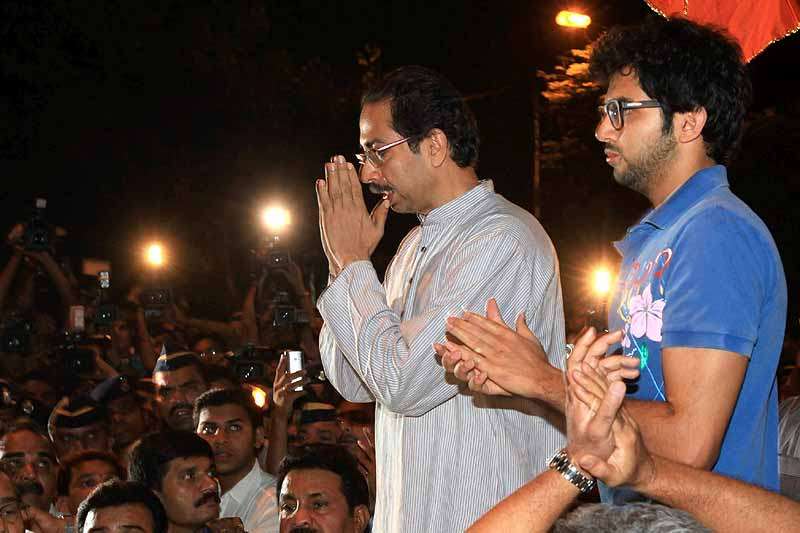 With Shiv Sena facing criticism for an editorial on in its mouthpiece Saamna, party's youth wing 'Yuva Sena' leader Aditya Thackeray today said rape cases should be tried carefully in courts and not in the media.

His comments came after the Shiv Sena came out in support of senior IPS officer Sunil Paraskar, accused of raping a city-based model, and made light of the allegations against him saying it has become a "fashion" to charge men with rape.

"Have you read the entire editorial? I tweeted about it. It is not about defending anyone but when rape cases happen and accusations happen. It is very sensitive thing as families do get broken.

"When you have public figures like Rahul Gandhi (Congress vice-president) there was accusation on him and for three years case went on and later he got acquitted. Then there was a case on deputy chairman of Rajya Sabha P J Kurien but then he got acquitted, now on a DIG," Aditya said at an event here.

Aditya said he feels there were instances of families being broken, people committing suicide and people being defamed due to the media trials, even though the accused were later acquitted by the courts.

"There was a police inspector Burde. He had committed suicide that time (when allegation were levelled against him) later it became clear that he was not guilty. Such cases are of sensitive nature. Just because there was a photo of DIG (in the article) so you are saying we are defending him," he said.

He asked the media not to call anyone rapist and show (the person) in defamatory lights before the court give its verdict.

"If one is guilty then no one will stop and defend. If guilty then hang (the person) but not before the court gives its verdict," he said and asked to read the entire article properly.

He claimed that when BJP- Shiv Sena government was in power (in 1995-99) women were safest. The Shiv Sena in its editorial had written that "cases of charging men with molestation and rape in hi-fi societies to create hype is on a rise now.

"It has almost become a fashion. After he has served for so many years in the police force, one model now charges DIG Sunil Paraskar with rape and in one night he becomes a villain. Such accusations have become good weapons to seek personal revenge," party had said in its mouthpiece 'Saamana'.