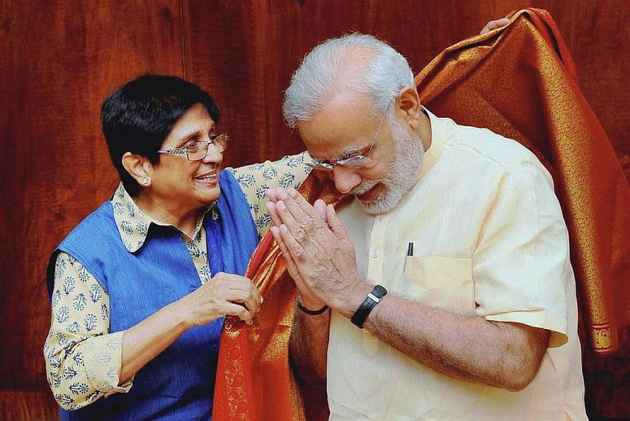 Puducherry Lieutenant Governor Kiran Bedi on Saturday said that Chief Minister V. Narayanswamy should go to "the Centre and let them adjudicate" on the distribution of powers between the two.

"As far as I am concerned, what is the power of law now? I am duty bound for that. If it changes, I have no choice. At the moment too, I don't have any choice, but to carry on what is on record - my legal responsibilities," she added.

Meanwhile, Chief Minister V. Narayanswamy clarified that this was not an issue of "suppression of power."

"This is not an issue of suppression of power. Some clarity is required, therefore, we passed a resolution in the Assembly. The members of the Legislative Assembly wanted a resolution to be brought that the elected government should be centered. We have not passed any resolution against any individual," Chief Minister Narayanswamy told ANI.

Narayanswamy also wrote a letter to the Government of India demanding "to define powers."

He further added that the reason of dispute is that she called for video conferencing without the Chief Minister's knowledge.

Yesterday, the State Assembly adopted a resolution to amend the law in order to curtail the powers of the Lieutenant Governor.

Narayanasamy said the Government of India should give more power to the union territory's legislature.

"The Government of India should give more power to the legislature. A resolution in this regard has been passed in the Puducherry Assembly," Narayanasamy said earlier.

Narayanasamy had last month openly challenged Bedi from the floor of the House during the Assembly proceedings. He had dared Bedi to prove her charges of "corruption and malpractices" in admission to post graduate courses in private medical colleges here. (ANI)