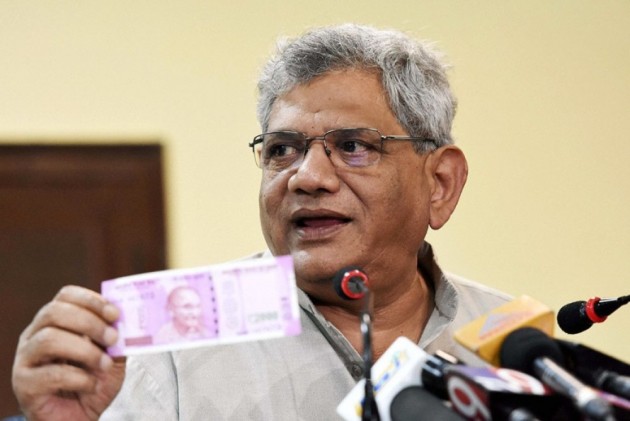 Left parties on Saturday lashed out at Prime Minister Narendra Modi, questioning why he has been silent on the 55 deaths caused allegedly due to the demonetisation move and the preparations made by the government in the run up to the decision.

"The PM talks a lot but not on issues that really matter. Why has he not spoken on 55 deaths that have occurred due to #Demonetisation?"

"The PM must state the quantum of currency made available so far to replace the old Rs 1000 and 500 notes. Why doesn't he tell us the truth?" CPI(M) General Secretary Sitaram Yechury posted on Twitter.

The Marxist leader said the Prime Minister, while making the demonetisation announcement on November 8, had stated that "everything would settle within two days, but later extended the period to 50 days.

"On what basis did he make those claims? Will it be 500 now? The PM must detail the preparation done for 10 months for demonetisation. Does he agree with FM that 'execution couldn't have been better'?" the Rajya Sabha member questioned.

Joining Yechury on the issue, CPI National Secretary D Raja also asked Modi to listen to the concerns raised by Parliamentarians over the issue in the House.

"The Prime Minister should listen to the views expressed by members of the House and answer those," Raja said.