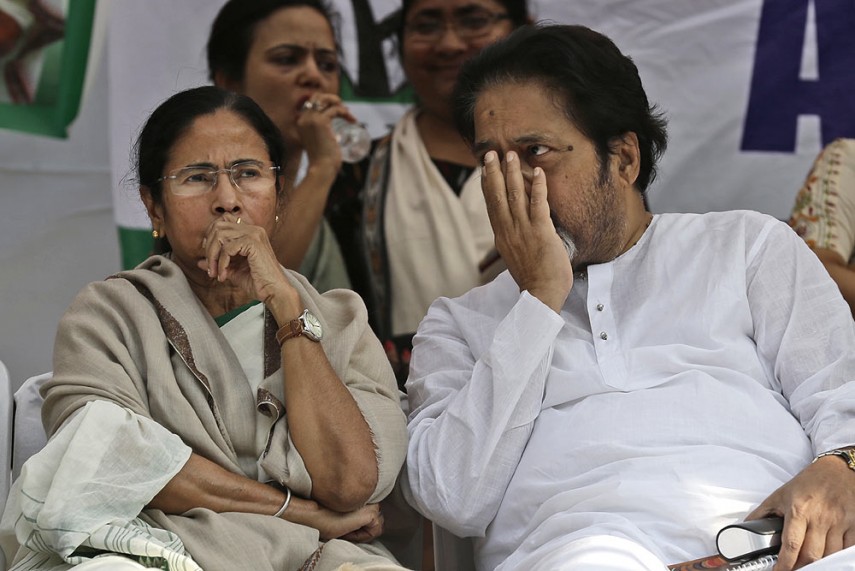 The Left-sponsored 12-hour bandh in West Bengal in protest against demonetisation on Monday, failed to evoke any response while Chief Minister Mamata Banerjee, who opposed the shutdown, led a protest-march in the city and threatened to demonstrate outside the Prime Minister's residence.

With the bandh failing to evoke response, Left Front chairman Biman Bose said they would take lessons from it.

Banerjee, who strongly opposed the strike, said, "It has failed. There was 98 per cent attendance in government offices" and exhorted the Left parties to be on the street.

"The entire country is suffering. There is no money in banks, ATMs. So far 80 people have died due to the hardship caused by demonetisation. But Narendra Modi is having a sound sleep and giving lectures on taking the country towards cashless economy," the TMC supremo told a meeting after the march.

Later, Banerjee, who is trying to position herself in the forefront of opposition attack against Modi left for Lucknow where she will address a meeting tomorrow.

Government and private buses, trams and other private vehicles were seen plying on the roads while most of the shops and markets were open.

ADGP (Law and Order) Anuj Sharma said that there was no untoward incident from anywhere in the state.

"It seems the people have rejected the bandh call. The people of Bengal very well know that strike does not serve any purpose. If you want to oppose anti-people decision you have to hit the streets," TMC secretary general Partha Chatterjee told PTI.

LF leaders, including its chairman Biman Bose and CPI-M state secretary Surjya Kanta Mishra, took part in a procession in the metropolis.

"We are not demanding a roll-back of demonetisation. What we want is that common people should not face any hardship," Bose said.

Admitting that the decision to call the strike was not correct, the LF chairman said, "We thought that the people will understand the reason behind this move but our thought was not correct. We will take lessons from it in future. We will discuss it," he said.