Leadership In China 'Much More Qualified' At All Levels, Says Arun Shourie 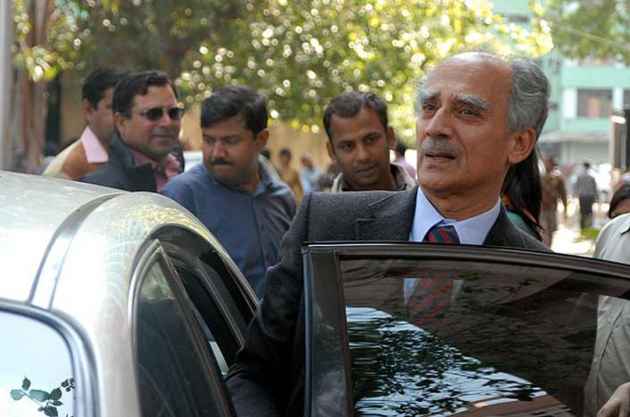 Print
A
A
A
increase text size
Outlook July 29, 2017 09:33 IST Leadership In China 'Much More Qualified' At All Levels, Says Arun Shourie

As the Indian and Chinese armies stand eyeball to eyeball in the Sikkim sector, former Union minister Arun Shourie today said the leadership in China at all levels was "much more qualified".

He also said today the "main challenge" before the nation was to elect leaders who have "integrity, dedication and competence".

"If we compare the levels of our Tehsildar to the official of the similar cadre in China, state governments, both in India and China, or their politburo with our cabinet, they (the Chinese) are much more qualified," he said addressing a seminar 'Talk Journalism' here.

Shourie, a former minister in the Atal Bihari Vajpayee's NDA government and a bitter critic of Prime Minister Narendra Modi, said there was deterioration in the "value system" in politics today with "ego, insecurity, remorselessness and opportunism" being manifest.

"Leaders like Sardar Patel and Jawahar Lal Nehru also did politics but there were no such elements. They transformed our country without resorting to opportunism that we see today," he said.

Although he did not pin-point any event, his appeared targeting Modi and Bihar Chief Minister Nitish Kumar, who after walking out of the NDA four years ago, has formed a government with BJP's help in Bihar.

He exhorted journalists to ensure that readers were convinced they were telling the truth.