Lanka Needs to Do More: UN Chief on Reconciliation Efforts 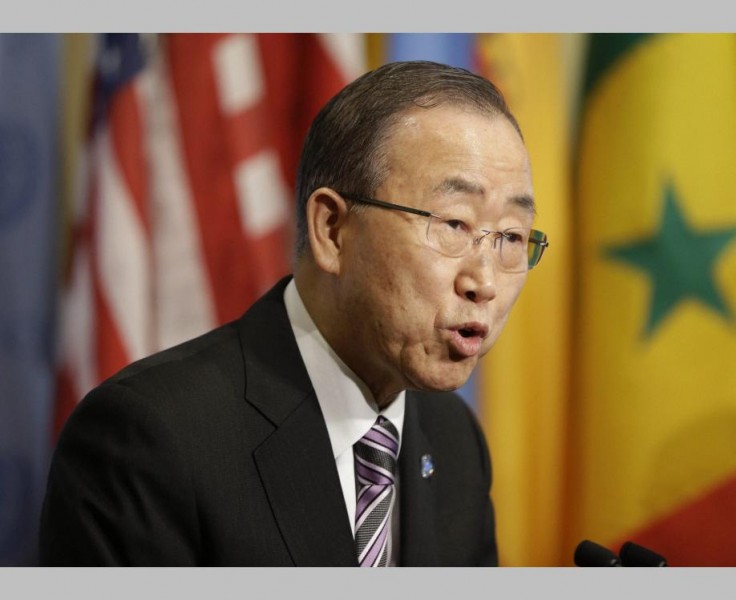 Print
A
A
A
increase text size
Outlook September 02, 2016 12:41 IST Lanka Needs to Do More: UN Chief on Reconciliation Efforts

UN chief Ban Ki-moon today said the Sri Lankan government needs to do much more to redress the "wrongs of the past" and to restore the "legitimacy and accountability" of key institutions such as the judiciary and security services after decades of bloodshed with the LTTE.

The UN secretary-general, however, welcomed the efforts made by the government of President Maithripala Sirisena, who had come to power on a pledge of reconciliation and reform after defeating Sinhala-strongman Mahinda Rajapaksa in 2015.

Ban welcomed the symbolic steps taken by the government to build bridges among communities, including the decision to sing the national anthem in Sinhala and Tamil on Independence Day in February this year for the first time since the 1950s.

"These steps have built confidence and trust, and strengthened transparency and accountability," Ban said.

But there was "still much work to be done in order to redress the wrongs of the past and to restore the legitimacy and accountability of key institutions, particularly the judiciary and the security services," the UN chief said.

"More can and should be done to address the legacy of the past and acknowledge the voices of the victims," he said while delivering a lecture on 'Sustaining Peace and Achieving Sustainable Development Goals' here.

He said this was "critical for reconciliation, and for ensuring respect for human rights of all Sri Lankans, without regard for ethnicity, religion and political affiliation."

The UN chief urged actions to speed up the return of land held by the military and the Sri Lankan government so that the remaining communities of displaced people can return home.

The UN chief suggested that the size of the military force in the North and the East could be reduced to help build trust and reduce tension at the same time.

"To recover from the cataclysms of the past, Sri Lankans will need all four elements of post-conflict resolution: truth-telling, accountability, reparations and institutional reform. There is no fast route to achieving this. It will take many years of political courage and determination," he said.

In his meeting with Sirisena yesterday, Ban expressed his support to the government's reform programme as well as its reconciliation efforts with the minority Tamils.

The UN chief said Sri Lanka's young population is its "biggest asset" and the future success of the nation depended on them.

He said young people were often being depicted as "potential terrorists and easy prey" for violent extremists.

"But this distorted picture ignores the reality that the vast majority of young people want to be part of the solution to violent extremism. Here and around the world, young people long for peace and security, and are among the most ardent proponents of human rights."

Ban, on his second visit to Sri Lanka since 2009 when the Sri Lankan troops defeated the Liberation Tigers of Tamil Eelam (LTTE), said the country was "still in the early stages of regaining its rightful position in the region and the international community".

Sri Lanka has come under close UN scrutiny for warcrimes accountability since the war ended in May 2009. An estimated 40,000 people died in the three-decades-long separatist war.

The UN has been pushing for a special court to investigate the allegations.

Sri Lanka dismissed the figure as "excessive" but the UN human rights council has passed three consecutive resolutions since 2012 demanding accountability for warcrimes blamed on both the government troops and the LTTE.

Before arriving in Lanka, Ban visited Myanmar. He will now travel to China for the G20 Summit, and the Lao People's Democratic Republic for the annual ASEAN-UN Summit.