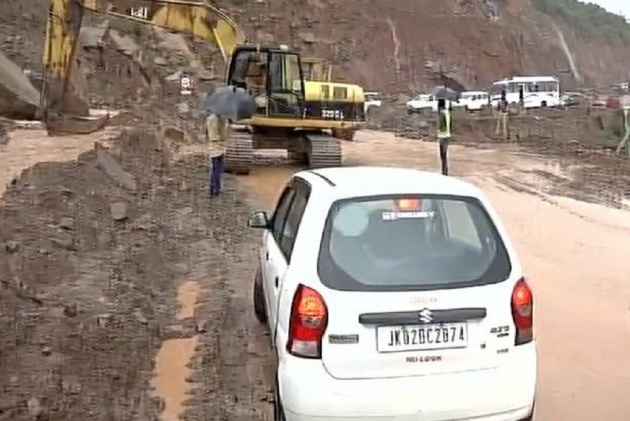 Traffic on the 300-km long arterial Jammu-Srinagar national highway, was suspended for a few hours today due landslides triggered by rains in Ramban district of Jammu and Kashmir.

The highway, which is the only all-weather road linking Kashmir Valley with the rest of the country, was blocked this morning due to landslides triggered by rains at Seri, Maroog and Khooni Nallah areas of the district, police said.

Amarnath pilgrims, who were on their way to the cave shrine in south Kashmir Himalayas from Jammu, were stopped at Ramban and Chanderkote areas in view of the blockade, they said.

Men and machines of the Border Roads Organisation (BRO) and a construction company cleared the blockade and traffic was restored after four to five hours, the police said.

On July 13, the highway was closed for traffic due to landslides at several places triggered by heavy overnight rains in Ramban and Udhampur districts. Traffic was restored the next day.