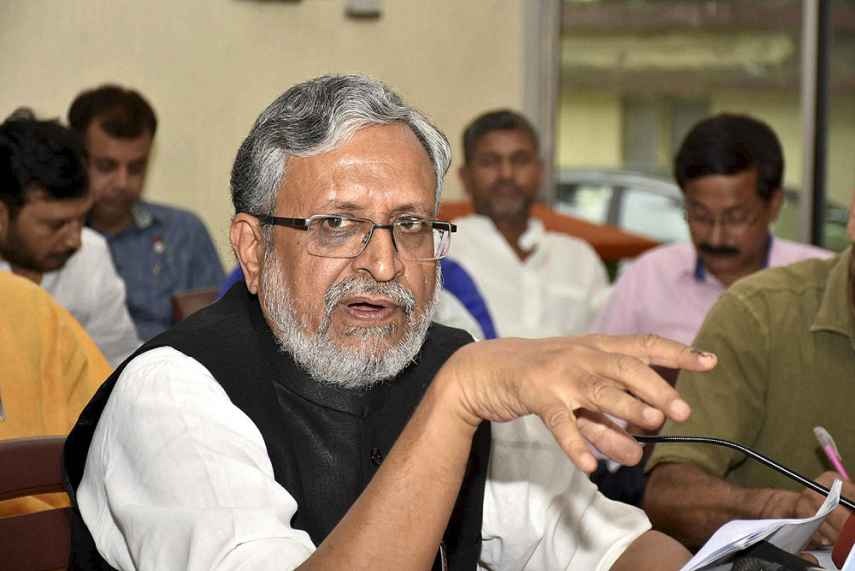 Accusing RJD chief Lalu Prasad of acquiring over 125 properties through shell companies and other means, BJP leader Sushil Modi today called him "Bihar's Robert Vadra" and asked Chief Minister Nitish Kumar to break his silence and act against his ally.

Modi alleged the JD(U) chief was indirectly patronising corruption by protecting his ministers, a reference to Prasad's two sons, and asked him to dismiss Deputy Chief Minister Tejashwi Yadav, whose three properties had been attached by enforcement agencies.

He also claimed that two senior RJD leaders had met two Union ministers to request them to save the political career of Prasad's sons -- Tejashwi and Bihar Health Minister Tej Pratap Yadav. The ministers, however, rejected the request.

The former Bihar deputy chief minister declined to comment on the speculation about Kumar coming closer to the BJP, and said it was for him to answer.

The BJP leader has been at the forefront of revealing details of assets allegedly acquired by Prasad's family members, leading to action by central enforcement agencies, including attachment of some of those properties.

From being the son of poor parents, Modi said in a dig at Prasad who had cultivated an image around his humble background, he had become the "biggest landlord" in Bihar.

He was addressing a press conference where he targeted Prasad on the day the RJD was celebrating its Foundation Day.

"I have been disclosing his family's property details for the last 90 days. They have acquired more than 125 properties in the last 12 years without any real business or industry. Lalu Prasad is Bihar's Robert Vadra," Modi said.

Vadra, the son-in-law of Congress chief Sonia Gandhi, has been accused of acquiring properties in violation of rules and selling some of them at high prices soon after acquisition using his influence.

Prasad destroyed his political career due to his corruption and conviction in the fodder scam, and was now ruining future of his children, Modi said.

He said most of these properties were acquired between 2000 and 2009, when either Prasad's wife Rabri Devi was the chief minister or he was the railway minister in the UPA government.

Targeting Kumar, he has said the Bihar chief minister harps on his zero tolerance toward corruption but has kept quiet about the corruption charges against Prasad and his family members.

He recalled that the then Bihar JD(U) chief Lalan Singh, now a minister in the Kumar's government, and Shivanand Tiwari, who is no longer with the JD(U), had disclosed details of some such properties in 2008. At that time, the JD(U) was a BJP ally.

Several people, who were either MLAs and MPs from the RJD, gifted properties to Prasad's family members, he said, suggesting that it was quid pro quo.

Many properties were bought in the name of lowly government employees who later "gifted" them to Prasad's sons and daughters.