Indian Premier League (IPL) founder Lalit Modi, against whom a non-bailable warrant has been issued in a case of money laundering, gave at least USD 30,000 to a charity set up to protect elephants in India headed by Britain's Prince Charles, a media report said today.

Modi, who denies the allegations of money laundering, has helped fund the Elephant Family charity as one of its patrons, The Sunday Times reported.

Prince Charles and his wife Camilla, Duchess of Cornwall, were last year made joint presidents of the charity set up by Mark Shand, Camilla's late brother.

The group is the largest British funder of the endangered Asian elephant and has many high-profile supporters working on creating safe corridors for elephants in northeast India.

Modi gave almost USD 30,000 to the organisation in October 2011, according to leaked documents seen by the newspaper.

A later payment of 5,000 pounds was made to Shand "for the purchase of artwork" in February 2013. Shand died in April last year after a fall outside a bar in New York.

Modi told the newspaper via his lawyer that "the charges made against him in India are politically motivated and without any foundation."

In November, the charity will have a group of high-profile celebrities take part in an auto-rickshaw race across India.

The 'Travels to My Elephant' campaign will see a fleet of 30 rickshaws race 500 kilometres as part of a planned "epic Indian adventure" across Madhya Pradesh to the elephant Tara's home at Kipling Camp.

The event is inspired by Shand's own rescue of Tara, which is recorded in his best-selling book 'Travels on my Elephant.'

Modi is listed as one of more than two dozen patrons on the charity's website alongside the Duchess of York, Sarah Fergusson, the former wife of Prince Andrew -- Prince Charles' brother.

The charity declined to say how much he had given in total, adding: "We have no comment to make until the outcome of the Indian legal process."

The former IPL chief had travelled to London in May 2010 after the event became embroiled in match-fixing allegations and illegal betting, saying he faced death threats from criminals.

A special Mumbai court for Prevention of Money Laundering Act on Wednesday issued a non-bailable arrest warrant against Modi in connection with a case of money laundering.

The 'Sunday Times' had earlier revealed in a series of articles how he was issued British travel papers after senior Indian-origin Labour MP Keith Vaz intervened on his behalf with the UK's immigration authority.

The controversy has been dubbed 'Lalitgate' after it was alleged that External Affairs Minister Sushma Swaraj may have also played a part in that travel request while in Opposition. 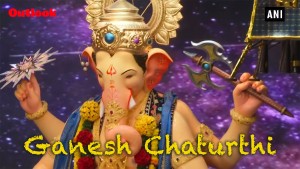