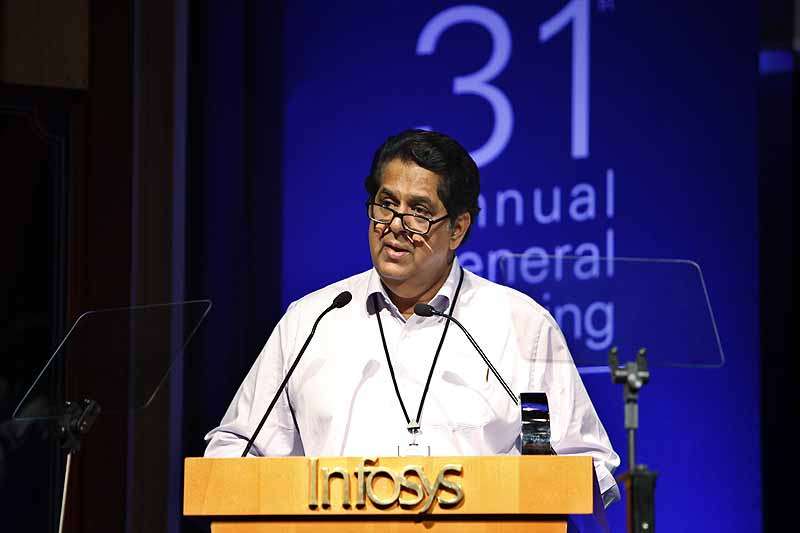 Eminent banker K V Kamath will be the first president of USD 100 billion BRICS Bank which will provide infrastructure loans to emerging nations, rivalling multilateral lenders such as World Bank and IMF.

Kamath, 67, will have a five year term at the bank, which is likely to be operationalised within one year as 'New Development Bank' being set up by the five nation grouping, BRICS, Finance Secretary Rajiv Mehrishi said.

"The appointment will be effective when he becomes free from his current assignment. I think he is on some boards. It may take couple of days," he said.

"There is no final decision on his tenure. But it is likely to be 5 years. We got ratification from President of India," he said, adding it has to be ratified by all the member nation.

Leaders of the emerging economies of Brazil, Russia, India, China and South Africa (BRICS) had last year reached an agreement to establish the New Development Bank, with its headquarters in Shanghai. As per the agreement, India got the right to nominate the first president.

The BRICS nations account for nearly USD 16 trillion in GDP and 40 per cent of the world's population.

India is hoping to get more funds for infrastructure development from BRICS bank, he said.

The bank will start with an initial paid-in-capital of USD 50 billion with each BRICS country contributing USD 10 billion, while its authorised capital is USD 100 billion.

Equal capital contribution has been decided so that the development bank does not fall into the ownership pattern of IMF and the World Bank, with a distorted shareholding.

After serving at ICICI for more than a decade, Kamath had moved to Asian Development Bank, Manila, in the Private Sector department in 1988.

His principal work experience at ADB was in various projects in China, India, Indonesia, Bangladesh and other emerging nations.

The decision to set up this multilateral funding agency was taken in Fortaleza, Brazil at the BRICS Summit which was attended by Prime Minister Narendra Modi.

The idea of the BRICS development bank was conceived in Delhi in 2012 and approved in Durban in 2013.

Making a strong pitch for speeding up the creation of the BRICS development bank, Modi had said last year that India hopes to ratify the agreement over the financial institution by 2014-end, and 2016 should be set as the target for its inauguration.

Modi had made this remark at an informal meeting with Brazilian President Dilma Rousseff, Russian President Vladimir Putin, Chinese President Xi Jinping and South African President President Jacob Zuma on the sidelines of the G20 summit at Brisbane (Australia) in November.

India's presidency will be followed by Brazil and Russia who will have five years term each under an agreement reached after intense negotiations among the five country-grouping.

Continue FREE with Ads Pay Rs. 1 to Read Without Ads
READ MORE IN:
K.V. Kamath International
Next Story : Muslims Write to PM in Sanskrit for AIIMS in Bundelkhand
Download the Outlook ​Magazines App. Six magazines, wherever you go! Play Store and App Store