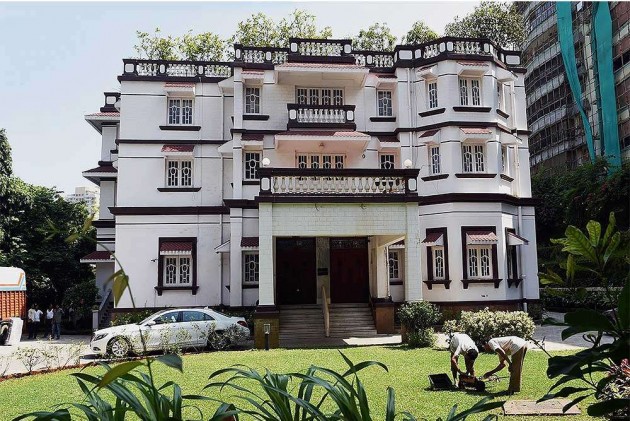 Top industrialist Kumar Mangalam Birla has purchased the iconic Jatia House in the plush Malabar Hill area here for a whopping Rs 425 crore -- making it the priciest property deal in the megapolis.

The sea-facing two-story bungalow, measuring over 25,000 square feet, has been bought by the billionaire chairman of the Aditya Birla Group for his personal use.

The deal was closed through an auction, in which five bidders participated. Market sources said another industrialist Ajay Piramal was also in the fray.

This is the largest house deal in the land-starved city and beats the purchase of another iconic bungalow, Maheshwari House, on the Napean Sea Road for which industrialist Sajjan Jindal of the JSW Group had paid Rs 400 crore in 2011.

A spokesperson from the Aditya Birla Group refused to comment. However, property consultant Jones Lang LaSalle (JLL), which was the sole advisor to the transaction, confirmed the sale, which was carried out through an auction yesterday.

JLL also confirmed that the property will be used for the industrialist's personal purpose.

The Jatias also could not be reached for comments.

PWC executive director Shashank Jain justified the deal size, saying when properties are bought for personal use, commercial valuation is not generally taken into consideration.

"The valuation of the property cannot be ascertained as it has been bought for personal use. Also such transactions do not wait for the right market conditions and are sold as per the requirement of the owner," he said.

The billionaire Kumar Birla family, with a networth of USD 8.5 billion, currently lives at the Mangalyan on the tony Altamount Road in the southern tip of the city, where the country's richest man Mukesh Ambani also lives in the 27-storey Antilia.

The Ambanis made history by spending a reported USD 1 billion to build the tower in 2011, making its world's priciest house till date.

The Jatia House is occupied by brothers Arun and Shyam Jatia, who run the Pudumjee Industries that is primarily into paper products. The property was bought in the 1970s from MC Vakeel by the MP Jatia Group.

Last year, Smita Crishna, sister of industrialist Jamshyed Godrej, bought the Meherangir, an iconic bungalow of Homi J Bhabha, the father of the nation's atomic energy programme, for Rs 372 crore. This property was also bought for personal use.

However, the Meherangir deal ran into rough weather with the Bhabha Atomic Research Centre unions opposing the deal and demanding heritage status to the property and converting it into a museum. The deal remains suspended as yet.