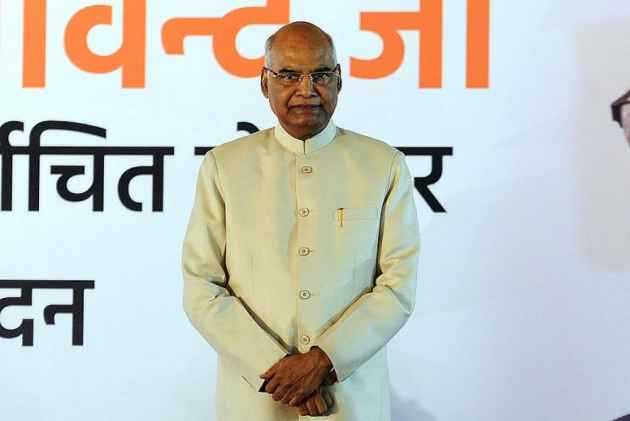 Ram Nath Kovind, the ruling NDA coalition's candidate, may have won the presidential election comfortably, but his vote share is the lowest since 1974, figures reveal.

It finally came to a vote share of 65.65 per cent for President-elect Kovind, however, the victory margin is the lowest since the 1974 presidential poll.

According to Election Commission data, Kovind's immediate predecessor Pranab Mukherjee (2012) secured 69.31 per cent votes while Pratibha Patil (2007) got 65.82 per cent of the total votes, marginally higher than the share secured by Kovind.

Only Neelam Sanjeeva Reddy, in 1977, was elected unopposed to the top constitutional post.

The lowest margin of victory for any presidential poll was during the 1969 election when then president V V Giri secured just 48 per cent of the total votes.

The low percentage is often attributed to a so-called 'syndicate' within the Congress.

Fifteen candidates were the in the fray in this poll, the highest in any presidential election.