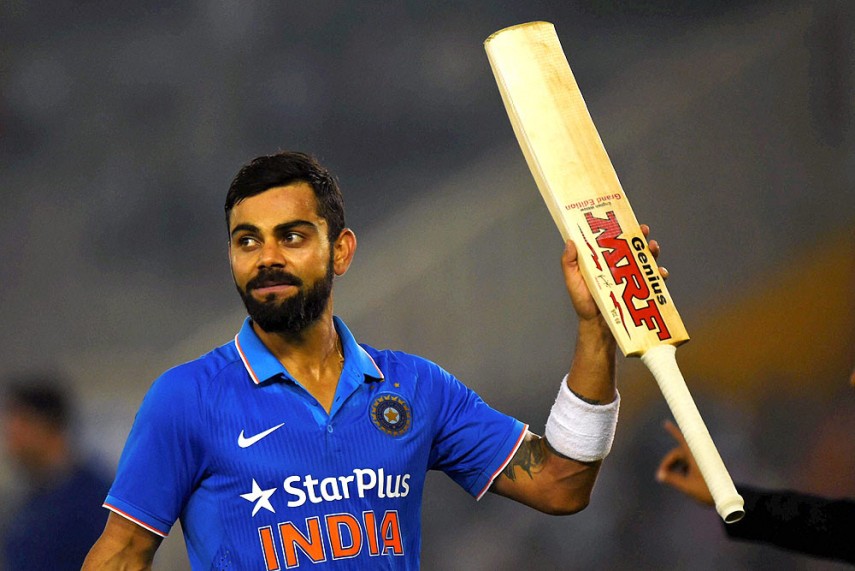 Indian cricket entered a new era as Virat Kohli was today officially anointed captain for all three formats as he took over leadership for the limited-overs series against England where veterans Yuvraj Singh and Ashish Nehra will make a comeback.

While Mahendra Singh Dhoni, after more than nine years at the helm, will play only as keeper-batsman, the national selection committee under MSK Prasad's chairmanship named rookie Delhi keeper Rishabh Pant in the T20 squad giving an indication as to whom they consider Dhoni's successor.

The selection committee meeting today had its share of drama and was delayed by three hours on technical grounds before a go ahead from the Lodha panel set the proceedings rolling.

Among the notable omissions, Ajinkya Rahane has been dropped from the T20 team and Pant replaces him as a batsman who will also be Dhoni's understudy in limited overs for the time being.

"We know what Mahi is all about, he is a captain by nature, a leader from the front," Prasad showered accolades on the outgoing captain.

Yuvraj was in splendid form during the Ranji Trophy and scored 672 runs in five games at an average of 84 with a highest score of 260 against Baroda before he took a break due to his marriage.

"We should appreciate how Yuvraj has played. He did extremely well in domestic cricket, which has been appreciated," Prasad told mediapersons about Yuvraj, who is making a comeback nine months after the World T20 last year.

The two teams saw veteran Nehra, who underwent surgery after sustaining an injury during IPL, make a comeback. His selection indicated the dearth of quality left-arm seamers in the horizon and no one can question Nehra's craft with the white kookaburra. MORE With the three ODIs against England, starting January 15,

being the only 50-over matches before the Champions Trophy in England, the selectors named all the top players in both teams barring Rahane.

Both Nehra and Yuvraj will also be needed during the Champions Trophy given their experience in English conditions.

Top spinners Ravichandran Ashwin and Ravindra Jadeja will be playing all six matches while a fit-again Shikhar Dhawan has been picked only for the ODIs.

His replacement opener, who is likely to partner KL Rahul in T20s would be Punjab's Mandeep Singh. Batsman Manish Pandey has made it to both the squads.

The Indian pace attack also remains the same in both the formats with Umesh Yadav, Bhuvneshwar Kumar and yorker specialist Jasprit Bumrah sharing the workload with seamer-all-rounder Hardik Pandya.

In the ODIs, Amit Mishra will be the leg-spinner and will be replaced by statemate Yuzvendra Chahal in the shortest format.

The series against England will start with the first ODI in Pune followed by games in Cuttack (Jan 19) and Kolkata (Jan 22). The T20s are scheduled from January 26 to February 1 in Kanpur, Nagpur and Bangalore.

Prasad said that skipper Kohli spoke to them over Skype and was taken into confidence before selection.

"Virat has spoken to us, he was with us on skype. After discussing, this is the best possible team we could pick."

Prasad also said that he felt that they have done their best with the team selection.

"This is a fantastic team, we are very clear in our concsience. Whether success or failure, this committee takes the responsibility for it."