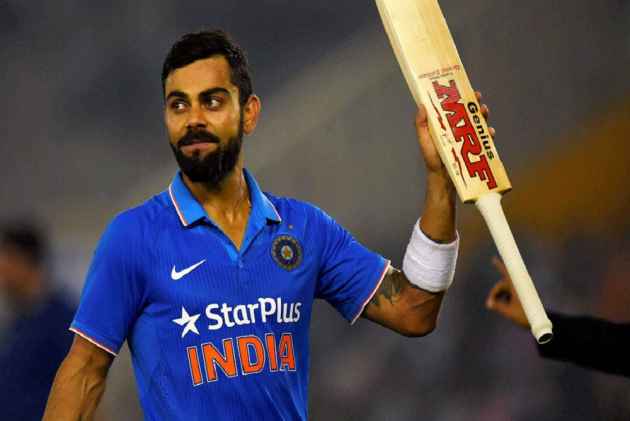 Print
A
A
A
increase text size
Outlook July 07, 2017 12:53 IST Kohli Surpasses Tendulkar's Record For Most Number Of Tons While Chasing In ODIs

Kohli led from the front with a fluent century as India yesterday wrapped up the five-match series 3-1 with a convincing eight-wicket win over the West Indies.

This was Kohli's 28th hundred in One-day cricket, 18 of which have come while chasing.

Tendulkar took 232 innings to reach 17, while Kohli has reached the milestone in only 102 innings.

Third in the list is Sri Lankan Tillakaratne Dilshan, who scored 11 centuries in 116 innings while batting second.

Kohli also became the first Indian captain to score two hundreds against the West Indies in the Caribbean.

In the fifth and final ODI, India hardly faced any trouble as Kohli (111 not out), with help from Ajinkya Rahane and Dinesh Karthick, pave the way for an easy win.

Continue FREE with Ads Pay Rs. 1 to Read Without Ads
READ MORE IN:
Virat Kohli Sports
Next Story : Section 144 Seems to be Imposed Only for Hindus, not Muslims, Says BJP On West Bengal Communal Clash
Download the Outlook ​Magazines App. Six magazines, wherever you go! Play Store and App Store