Kohli Named Wisden's Leading Cricketer in the World for 2016 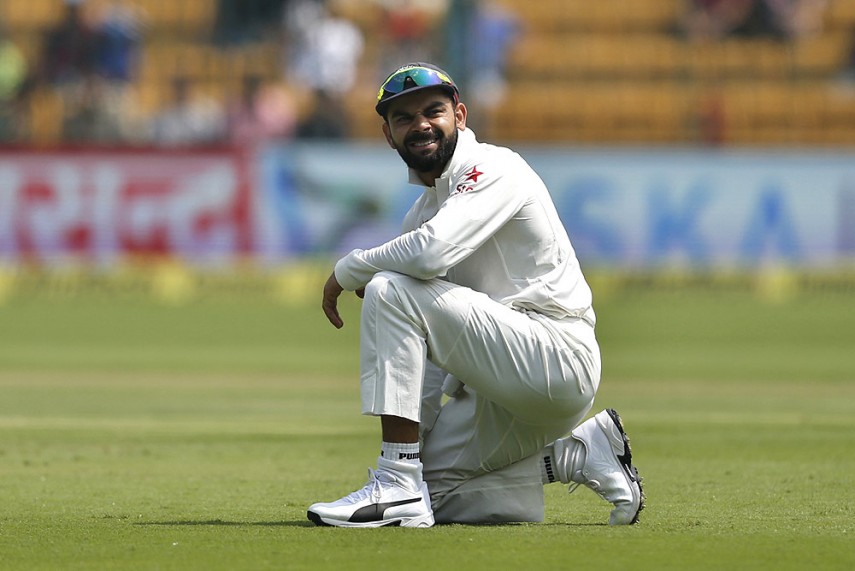 Indian captain Virat Kolhi was today named Wisden's Leading Cricketer in the World for 2016, adding another feather to his already crowded cap.

Only six batsmen have ever scored more international runs in a calendar year than Kohli but none of them have come close to the Indian captain's average.

"Virat Kohli, who features on the cover of the 2017 edition of the Wisden Cricketers' Almanack, is also the Leading Cricketer in the World for 2016, an accolade put in place in 2003 when Ricky Ponting became the first honouree," Wisden announced.

Owing to his phenomenal run with the bat, Kohli had won the prestigious 'Polly Umrigar award' presented to the 'International Cricketer of the Year' at the BCCI Annual Awards.

Kohli has already been declared Wisden India Almanack's Cricketer of the Year for the second time in its 2017 edition.

Two Pakistani cricketers -- Misbah-ul-Haq and Younis Khan -- have been named in the list of the five Cricketers of the Year for the first time since 1997.

With Misbah and Younis making the list, the total number of Pakistanis to have been chosen Cricketers of the Year went up to 14, one less than India's tally of 15.