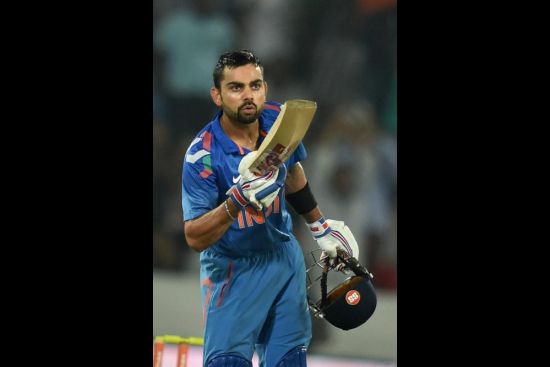 Playing in his 144th match and 136th innings, Kohli began the match 50 short of 6000 and reached the milestone with a single off left-arm spinner Chaturanga de Silva in the 39th over at the Rajiv Gandhi International Stadium at Uppal here.

The 26-year-old Indian, who was captaining the home side, was out for 53 and he has so far scored 6003 runs with the help of 20 centuries and 32 half centuries.

Kohli, who made his ODI debut against Sri Lanka at Dambulla in August 2008, has an impressive ODI average of 51.29 before today's match.

He is the eighth Indian to have scored 6000 or more runs and 47th overall.