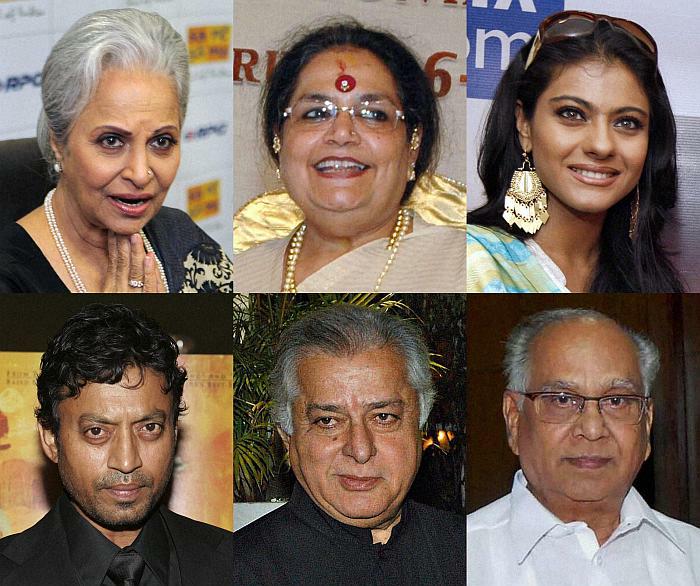 outlookindia.com
-0001-11-30T00:00:00+0553
Veteran music composer Khayyam today said he was overwhelmed by the Padma Bhushan honour bestowed on him and felt energised to work on new compositions.

"Recognition in form of awards is very good. I thank the government and the jury which suggested my name for the honour," Khayyam told PTI.

"Creativity is team work and I could churn out some memorable music because of my producers, directors, musicians and artistes," he said.

Khayyam said he was all set to work on two new films and one music album.

"I always compete with myself and I am confident my new music will be better than my earlier work," he said.

Actress Tabu described the Padma Shri as a "big surprise".

"I feel honoured and proud. This is recognition of hard work," she said.

Fellow actress Kajol described the Padma Shri conferred on her as an "honour".

"It's an honour and a pleasure when you are selected for the Padma Shri and I thank all those who thought me worthy of it."

She said she was very happy with the way this year has started for her.