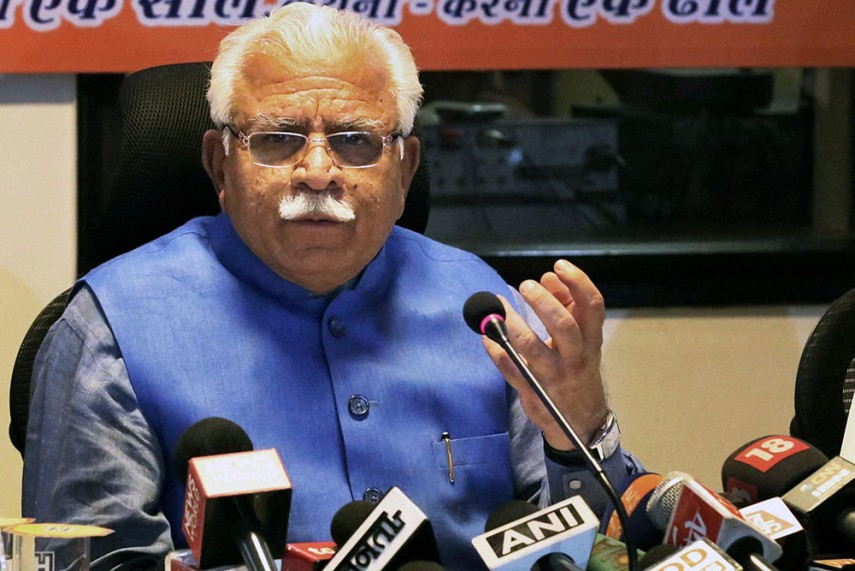 "It's a proud moment for us that two of our daughters won medals on Raksha Bandhan festival. Sakshi Malik from Haryana and Sindhu (asks others what is her name) ... P V Sindhu from Karnataka (Sindhu is from Hyderabad)," he said.

Khattar was addressing a huge gathering during the reception which was accorded by the Haryana government to the Olympic bronze medallist Sakshi Malik in Bahadurgarh town near Rohtak after she arrived this morning from Rio de Janeiro.

During the course of his 11-minute speech at Bahadurgarh, Khattar also said that his government will identify and help the atheletes who showed good timings during ongoing police recruitment drive in Haryana.

"The information we have, some of those who came there, even though they came for seeking jobs, their running time record shows that they even surpassed and bettered the time of some athletes who took part in the Olympics. We will identify them and help them move forward."

Khattar was initially scheduled to honour Sakshi Malik at her village Mokhra Khas in Rohtak but later decided to felicitate her at Bahadurgarh. He was accompanied by his senior cabinet colleagues Capt Abhimanyu and O P Dhankar, among others, to welcome the star athlete.

At the grand felicitation function, Sakshi was handed a cheque of Rs 2.5 crore by the Chief Minister.

The CM also announced cash reward of Rs 10 lakh each for the 23-year-old wrestler's two coaches, besides sports nursery and stadium for her village Mokhra Khas.