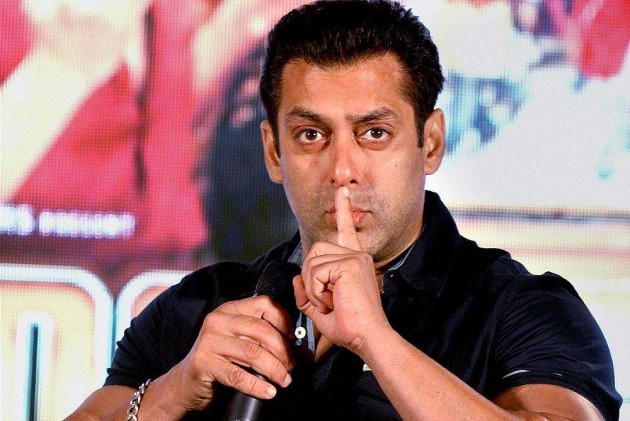 The traders of upscale Khan Market in the national capital today sent a legal notice to Bollywood star Salman Khan asking him to withdraw the trade name 'Khan Market' from his shopping web portal and stop its "unauthrorised use".

"The notice was sent today as the previous request to Salman Khan through a letter on January 3 had failed to evoke any response from his side," said Sanjiv Mehra, president of Khan Market Traders Association.

"We do not want to enter into litigation with Khan over the issue and are only trying to preserve the goodwill and unique identity of Khan Market which has been established by the local traders over generations for the past 65 years," Mehra said at a press briefing.

The legal notice served to Salman stated that the shopping web portal 'khanmarketonline.Com' launched by him on December 27 may not only be construed as "deceptive and misleading" for traders but also affects consumers of the brand name of the upscale market.

"The things sold on khanmarketonline.Com would also be construed as sold by traders of the actual and physical Khan Market. Your web portal is misusing the name Khan Market and hence amounts to passing of your goods as the goods belonging to traders of the market," said the notice.

It added: "your web portal is deceptively similar and lead to confusion that the portal is operated by the traders."

Mehra said the association has been in touch with the personal staff of Salman and a message was received from his private secretary to mail our request regarding the issue.

"The SMS from Salman's staff Mr Kamte has asked us to send our request through email so that they could do the needful. The SMS also assured that there is no intention to hurt anyone's feelings or business," said spokesman of the association Dinesh Bali.

Hoping that the issue will be resolved without any litigation, Mehra said the legal notice sent to Salman has given him seven days time to stop using the name and further action will be decided based on his response.