Khalistan Chiefs Jailbreak An Attempt At Communal Polarization By Akalis During Polls: Amarinder 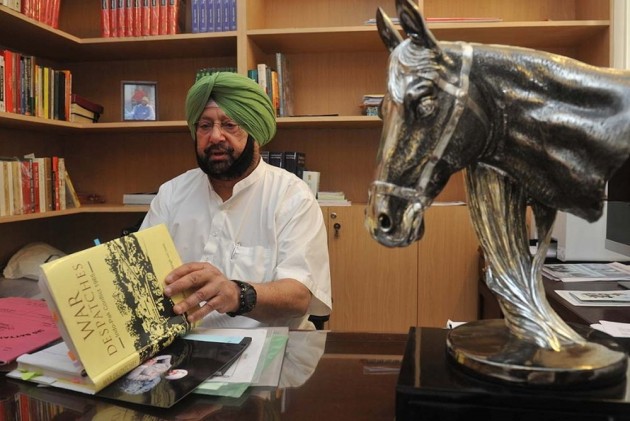 Print
A
A
A
increase text size
Outlook November 28, 2016 12:40 IST Khalistan Chiefs Jailbreak An Attempt At Communal Polarization By Akalis During Polls: Amarinder

Punjab Congress President Amarinder Singh today said the Nabha jailbreak of Khalistani chief was an attempt at “communal polarization by the Akalis when faced with imminent defeat".

"Since the Punjab Police DGP Suresh Arora has already admitted to conspiracy and connivance in the matter, the case should not be probed by the Punjab Police and handed over to CBI for an independent investigation," he said.

"The jail break incident also pointed to such an attempt by the state government," he alleged in a statement here.

Reacting to the arrest of Mintoo less than 24 hours after he dramatically escaped from Nabha jail in Patiala district along with five others yesterday, Amarinder warned against allowing the matter to be pushed under the carpet with the arrest of Mintoo, and called for a thorough probe.

"It is a clear case of connivance," he maintained and added that since Mintoo was nabbed in Delhi, the case could jointly be probed by the CBI and the IB, with support from the Delhi Police.

"The ease of his arrest belied Sukhbir Badal's claims of a Pakistani role in the escape of the hardcore terrorist, who has about a dozen terror cases against him," said Amarinder.

"Had the whole thing been plotted from across the border, Mintoo would have by now escaped out of India, instead of waiting in Delhi to be nabbed," he further stated.

The former Punjab Chief Minister demanded "meticulous interrogation" of Mintoo by independent agencies to get at the root of the conspiracy.

"With the entire police and administrative machinery in Punjab in the grip of the Akalis, such blatant incidents of law and order breakdown were to be expected in the run-up to the Assembly polls in the state," he said.

Assembly polls in Punjab are scheduled early next year.

Expressing apprehensions of violence and possible terrorist attacks in the poll-bound state, Amarinder reiterated his demand for imposition of President's Rule to ensure free and fair elections in Punjab.