Kerala To Move SC Against RBI's Decision On Cooperative Banks 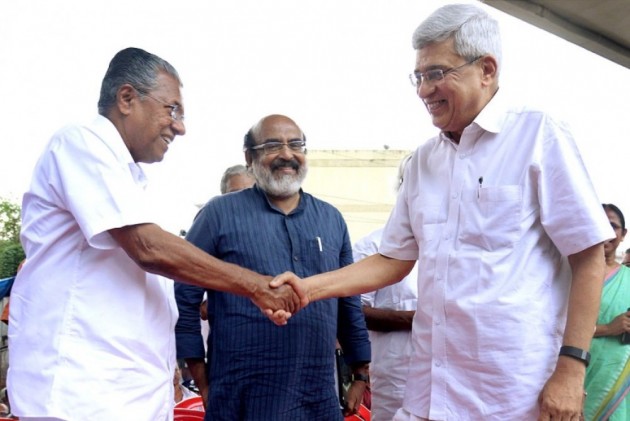 Print
A
A
A
increase text size
Outlook November 19, 2016 18:04 IST Kerala To Move SC Against RBI's Decision On Cooperative Banks

Kerala Government on Saturday decided to move the Supreme Court against RBI's decision not to permit cooperative banks to participate in exchange of demonetised currency notes.

The decision comes a day after Chief Minister Pinarayi Vijayan, along with his cabinet colleagues, observed a seven hour long sit in dharna before the RBI office in Thiruvananthapuram, protesting the Centre's alleged move to "destroy" the state's cooperative sector under the cover of demonetisation.

Kerala Cooperation minister A C Moideen met Presidents of cooperative banks and other officials to discuss the issue on Saturday.

Later, speaking to reporters, he said RBI's action was 'illegal' and the state would approach the Supreme Court, challenging the decision not to allow cooperative banks to  exchange currency notes.

He also assured depositors that their money was safe in the cooperative banks and there was no need for any anxiety over it.

The cooperative sector will make necessary arrangements for its customers to make available necessary consumer items, including food items, he said.